U.S Federal Judge Grants Injunction That Prevents Runtown From Performing In The U.S 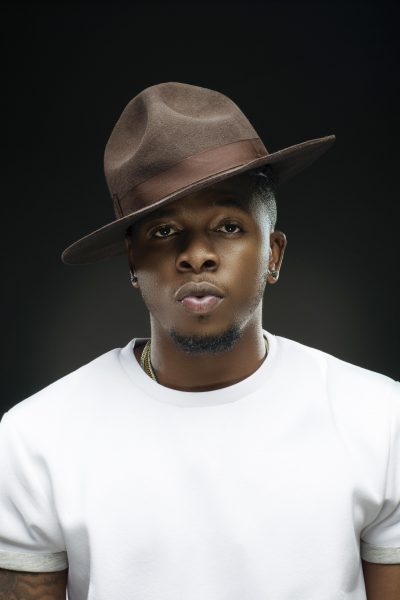 This feud between Runtown and his record label Eric Many LTD has just gotten real fam!

Runtown who is slated to kick-start his US Tour in Oakland , California tonight, just got slapped with a restraining order from the United States District Court (District of New York), prohibiting him from performing anywhere in the U.S.

Is there an end in site? You be the judge.

On Friday June 3, 2016, Lydia Obasi Hills, Esq., a first-rate New York litigator and entertainment lawyer, secured a temporary injunction, on behalf of Eric Many, Ltd., in the Eastern District of New York against Runtown and his manager, Bugu Aneto Okeke, barring all U.S. performances and appearances by the Nigerian pop star.  According to Ms. Obasi Hills, she hopes “Runtown’s injunction sends a message to Nigerian artists that it’s important to respect the sanctity of contracts, and to work with their labels who often invest large sums into promoting their careers.”  Runtown sought to breach his contract with EricMany, Ltd., to which he was the sole artist on the label.

Ms. Obasi Hills argued before United States District Judge Kiyo A. Matsumoto, who found that “Nigerian music is on the verge of crossing over into North American popular music as demonstrated by Nigerian musical artist Wizkid’s performance on the number one single ‘One Dance’ by Drake,” and that the “totality of potential losses that EricMany will likely face from Runtown’s actions are incalculable.”  Judge Matsumoto found that a “Nigerian court issued an interim injunction dated May 20, 2016, that enjoins Runtown” and that it “will be virtually impossible to quantify the losses that EricMany will suffer if it is not affiliated with Runtown during this critical time for Nigerian music.”

Ms. Obasi Hills presented evidence to the Court that Runtown was not only in breach of his record contract, but was also planning a U.S. tour, titled “Ghetto University USA Tour,” without the consent of his label, which would have been in violation of the May 20, 2016 Lagos Federal High Court injunction.  Ms. Obasi Hills also presented evidence that Runtown was making false and malicious defamatory statements against EricMany and its CEO, Prince Okwudili Umenyiora.  Judge Matsumoto ultimately entered an Order restraining and enjoining Douglas Jack Agu (“Runtown”), Bugu Aneto Okeke,  Bug Media Limited, and Bug Entertainment and Media Limited, from “singing, appearing, hosting, performing, promoting, arranging, facilitating, scheduling, advertising or permitting the performance of Douglas Jack Agu “Runtown” at any venue on or after June 3, 2016.”

According to Ms. Obasi Hills, “EricMany’s victory is a victory for all Nigerian record labels, which sends a clear message to all artists that a record deal is a binding agreement. It is wrong for an artist to reap the benefits that signing to a label provides, only to leave thereafter to the detriment of the label, and after the artist has achieved fame and success in large part due to the label’s investments in the artist’s career.  EricMany has invested over $600,000.00 USD into Runtown’s career and has yet to re-coup the totality of its investment.  While the media has been aflame with rumors that Runtown has left EricMany, the hope is that Runtown and EricMany will be able to settle their differences and enter into a new record contract, leaving the past in the past.  EricMany undoubtedly wants Runtown to excel, shine and break barriers in the Nigerian and American music industry. However, things have to be done the right way – with professionalism and mutual respect.” 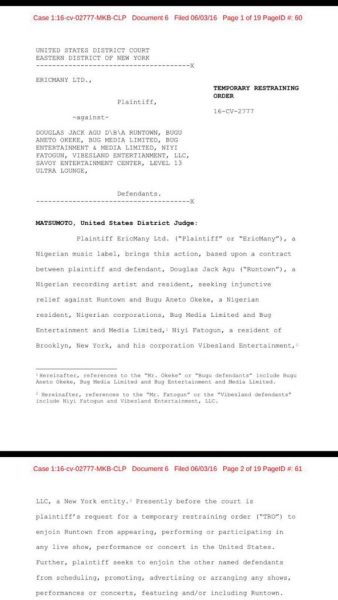