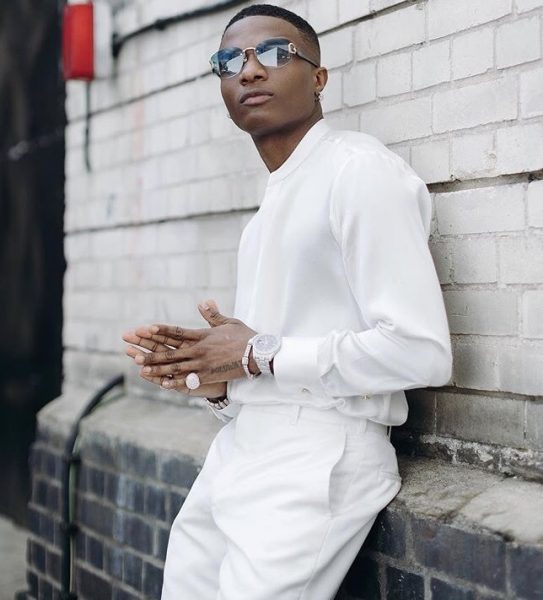 Wizkid undoubtedly is one biggest artiste that came out from Africa in this past decade. He has climbed to the peak of his career and gained lots of international recognition. As much as Wizkid’s solo albums enhances this growth, the collaborations he has done has also helped his success as an artiste. These are some of wizkid’s features and how it has helped the career of the artiste and star boy himself,

Slowdown by R2bees featured Wizkid and he stepped in and gave the song a whole new vibe. Mixing the different sounds from Ghana and Nigeria, this made the fans enjoy the unique nature of African sounds

British vocalist Kojo Funds features Wizkid in his track “I like” and Starboy wastes no time in applying afrobeats energy on the Caribbean sounds and jointly, they produced a unique dance-hall vibe .

Olamide’s early producer ID Cabasa adds Olamide and Wizkid in this track and just as the names involved in this track are undoubtedly talented and original, the track was nonetheless exceptional and special. The year 2019 got a club banger it needed; with Wizkid delivering the chorus , it ended up as an iconic track .

Wizkid joins hands with Ty dollar sign on the krainum track “can’t believe “ , the Jamaican dance hall singer goes deep to his roots and finds a sound suitable for this music, Just like how the Jamaican music evolves ,Wizkid comes and flows effortlessly , this will make one wonder where his roots is actually from.

Nowo e soke undoubtedly was one of the club bangers of 2016, produced by ace producer Masterkraft; the tracks will send you into the dancing mood you never expected. That is the way it also appears when it’s a CDQ track or best still, has wizkid on it.

On the international scene, Wizkid is not left hiding as he appears on the Grammy award winner and record breaking singer Beyonce’s “brown skin girl”. The track is off the album “Lion King : The Gift”. Wizkid starts the record appreciating brown/black skin girls and the African heritage. As an African singer , he identifies with the track effortlessly. This track became the anthem of black women all over the world.

British singer Tinie Tempah employs Wizkid to do justice to this beautiful rap song, in handling the chorus ; the verse wizkid delivers unifies the track and complements the lyrics. In doing so, it aids Tempah deliver the message he aims to achieve

Nigeria’s favorite reggae dance hall artiste Patoranking features Wizkid on the track “this kind love” and since 2017, fans has not stopped jamming to it . Produced by Sarz , the track is a love song and a dance hall tune at the same time. This is one of the big attributes of wizkid ; he makes love song and makes you dance to it .

Grammy nominated artiste , Burna boy featured wizkid on his song when he was still signed to Aristorkat records on the album L.I.F.E. “Jah love is true”is the song that encourages self belief and self motivation. Wiz joins forces with Burna to drop a popular street anthem in 2013. Produced by leriq, the track comes off with a hip-hop sound and explodes as a popular nation wide vibe

Again on the list , R2bees collaborates with Wizkid on the track “tonight”. Produced by legendary beatz, Wizkid steps on a slow beat and makes the best out of it, he delivers the appropriate lyrics that the beat deserves and makes a hit out of the sound.

Vybes Kartel and Wizkid teams up on a Jamaican tune to deliver the best dance hall music in 2017, the two Artistes involved pours out their best in this track and the result is exceptional.

One of the biggest collaborations in Seyi Shay’s career till date still remains “crazy “ with Wizkid. This track set her up to stand in the same lane with female artistes like Tiwa Savage and Yemi Alade. Wizkid complements the sound from legendary beatz and Seyi’s lyrics completes the track as it effortlessly stands out from other tracks off the album “Seyi or Shay”

In 2009, a young Wizkid was still in the business of turning songs into hits.At an early stage in his career he gave MI one of the biggest hits of his career. Handling the chorus , Wizkid adds flavor to the rap song and gives it a pop taste.

Ace trap music trailblazer Jeezy features Wizkid on his 2017 hit “the life”. Nigeria’s starboy wastes no time in hopping beautifully on the hip hop record and handles the chorus uniquely. An Afrobeat singer doing great justice to a hip hop record is a stunt worth emulating and applauding.

Number one African bad girl features Wizkid on her hit single “Ma lo”. This song , till date became very hard to leave the lips of Nigerians and Africans in general . Produced by Spellz off her 2017 Sugar Cane Ep, Wizkid steps on this slow beat and makes a beautiful love song out it. The combination between Savage and Wiz has always been hits on hits and “Malo” was nothing different.

Bad Energy came with a buzz in 2018 and in no time it became the biggest anthem and without wasting time , it also entered the vocabulary of millions of Nigerians. Wiz kid and Skepta made magic ; the song consistently topped all the charts and dominated the air waves.

Jumping on Wale’s “my love” with Dua lipa and Major lazer, Wizkid adapts into the tune and in a few seconds creates his own vibrations. To put Wizkid on a track , is to produce a hit and Wale knows exactly where and when to bring him in.

In 2015, Major lazer teamed up with Wizkid Moti and Ty dollar sign to create a unique sound in the record “Boom”. In this club banger , wizkid creates a sound that every artiste on the track can easily relate to and jointly , they made a hit

Runtown’s Ghetto University in 2015 had series of hits but “Lagos to Kampala “ featuring Wizkid was the leading vibe. It secured Runtown one of his biggest hits till date. The song left thousands nodding their heads to the beats and lyrically Wizkid delivered exceptionally. Produced by Maleek Berry , the track put Runtown on a different lane from his peers.

Drake went full afrobeats in “One Dance,” one of the lead singles off his album Views. Wizkid co-wrote and co-produced the massive track alongside its producers, Nineteen85, South Africa’s DJ Maphorisa, and Noah “40” Shebib. The track samples Filipino R&B singer Kyla’s “Do You Mind” and features Wizkid on the post-choruses. “One Dance,” of course, went on to be the best performing single of 2016, reaching number 1 in 15 countries and breaking the record for the most streamed song ever on Spotify.

Going through Wizkid’s features and collaborations, one thing a music lover can deduce is that with each passing year , Wizkid is growing bigger and better. He does not look like an Artiste that is stopping anytime soon.