Following rumours that Tiwa Savage had been signed onto Jay Z-led Roc Nation which she and her camp, Mavin Records failed to confirm in May 2016, the “If I Start To Talk” singer has indirectly confirmed the deal.

While performing at the One Africa Music Festival, the Mavin Records first lady threw the famous Roc Nation’s sign into the air for fans and music executives who understands. 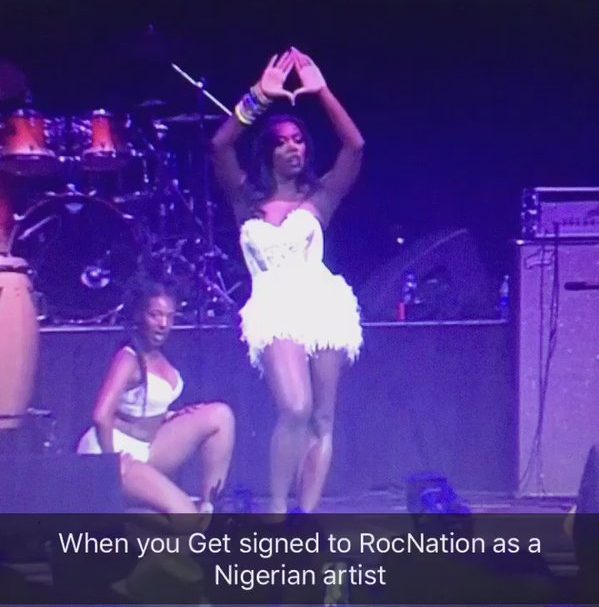 In June 2016, Tiwa Savage and Mavin Records’ boss, Don Jazzy visited the music mogul, Jay Z at the Roc Nation Headquarters and flooded the social media with photos of them discussing with the highly respected rapper and entrepreneur – Jay Z.

However, we finally have the confirmation we’ve been longing for as Tiwa Savage has joined the “Pyramid” click and it’s OFFICIAL! See the video below;