The First Wave; One Listen Review 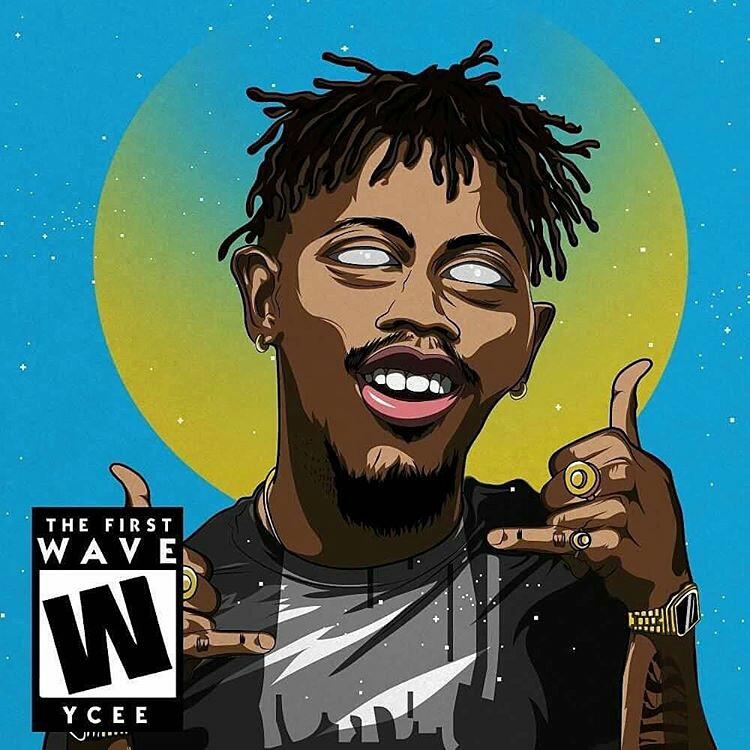 The First Wave; One Listen Review
I guess it’s ill-luck to drop an EP the same day as the hottest video Nigeria has seen is dropped but regardless people are going to wake up to the realisation that Nigeria’s hottest MC released his first body of work under the Tinny Entertainment label so aptly titled “The First Wave”. If you slept on it, this us your chance to enjoy a feel before you cop it yourself.
A One Listen Review is an unadulterated perception of a project on first listen. Just a documentation of what goes through my mind as I listen from cover to cover. No pause, no rewind. Straight feelings and emotions as the music registers. Enjoy
Juice ft Maleek Berry
Sounds more like a Maleek Berry song than Ycee but if this is what’s to be expected on the project that iG promises to be different. It’d a cool song that is bound to generate some major airplay. The DJs will still want to do over sabi and add tempo for the dance floor regardless. Nothing lyrically catchy and couldn’t have been any different if he had sang “too much juice, too much sauce” all through.

Wavy
Finally catching my attention. Major trapping there bouy. Ycee will officially own the Nigerian wave with this track. I wonder how many Nigerian rappers will step up to this in the name of “Wavy Cover/Remix”. The setting of the song was appropriate for Ycee to dominate the beat from the onset.

Bubbly ft Falz
Not the “Gerrarahia” guy again. I’m getting fed up with this guy’s skit on songs. Baba is sha continuing his brag and the attraction will definitely be Falz and the beat. Oops. Spoke too soon. You know how you will pursue babe for 3 months then Cvm after 3 thrusts exactly as it happened here. “Is that all?”. Falz fell on his face here with arguably his most boring flow and Ycee generally doing better sef.

Kill Nobody ft Calibri
What I like most about EPs is the introduction of new voices. A sample of the much talked about Ycee’s singing that we have rarely seen. That Calibri’s hook is nice but Ycee’s singing has the potential to do better. Good effort.

Don’t Need Bae
I’ll be overly taken by the subtle quality of Maleek Berry’s production to focus on the song. Song is reminding me of the time I went to Mama Cass; ordered fried rice, it looked like fried rice but tasted like sweet jollof rice. This song could’ve done better on a proper rap bear in my opinion but since I’m not producing him, I’ll be bumping to the beat toll the next song comes on

Need to Know ft Seyi Shay
Lol if Ycee doesn’t hit a high note on this song I’ll be disappointed. With this kind of R. Kelly beat (sounding like “Ridin It” by Jillex Andersen) and Seyi Shay as motivation (if she no call him EP – “Electric Package” be that). With the vibe they are displaying, a mixed verse together would do this song some good. I’ll have to revisit this song when I’m texting that girl opposite my house later.

N. O. U. N.
Beat sounds like Maleek Berry. But wait. You featured only one female artist on the whole EP, so what N!ggas are you not Fvcking with? What is the Nigerian obsession with talking about the haters. We need an artist that will extend love to the haters.

Link Up ft Reekado Banks
Let’s pretend to hear to song for the first time and drop your reviews in the comments section. Everybody us welcome to review.

After hitting the spotlight the two versions of Jagaban, then following up with SunMi, Omo Alhaji and the likes, it’s no surprise that Ycee gas given us The First Wave as a display of his versatility and flexibility as an artiste. Whatever he goes with eventually (or all) has the potential to turn to gold but there’s room for improvement and that’s not a bad thing. It’s a bold statement. More grease. 6/10