If the ongoing crisis between talented producer and CEO of Difference Entertainment, D’Tunes and his artiste, Sean Tizzle is not well managed, the duo may soon go their separate ways in no distant future. There are strong indications that all is not well.

We gathered from a close aide of the duo who pleaded anonymity that the strain in their ‘one-time’ perfect relationship began when Sean Tizzle embarked on a US tour earlier in the year without the approval of the label. The tour we scooped affected the label’s income after shows secured for Sean Tizzle were cancelled and funds returned to event organizers due to his inability to grace such shows.

The issue degenerated to a heated argument between the D’Tunes and Sean Tizzle when he (Sean) returns to the country and they were not on good terms for some days before they later made up partially. Another round of argument ensured with Sean Tizzle’s new video, Abeg which was shot in America without any notice or approval of the label.

Sean is also not happy that D’Tunes has signed five new artistes on the label while he was away. We were informed the latest development has made him insecure and he rarely associate with the new acts. Though Sean Tizzle has vehemently denied a crack in their relationship in recent interviews, things are not going on well between the pair who live in the same apartment in Lekki, Lagos.

Recall while Sean Tizzle was on tour in the US, Difference Entertainment signed five new artistes; Q-Dot, Bad Boy Ace, D-O, ATM, and Kue Bounce. It was assumed that D’tunes is already preparing for him dumping the brand in the nearest future.

According to our source, Sean Tizzle is already making plans to formalize his Tizzle Nation Movement. Though his contract with the label still subsists, we are yet to be sure how this will play out. This is however a top information Sean Tizzle does not want out at the moment to be able to perfect his exit plans.

However, we put a call across to D’Tunes to get his own side of the story but he claimed he was in a meeting and several calls put across to him afterward were not picked. An email sent to Sean Tizzle was also not replied as at the time of this publication.

I Personally Dont Think This Duo Should Split Tho’ 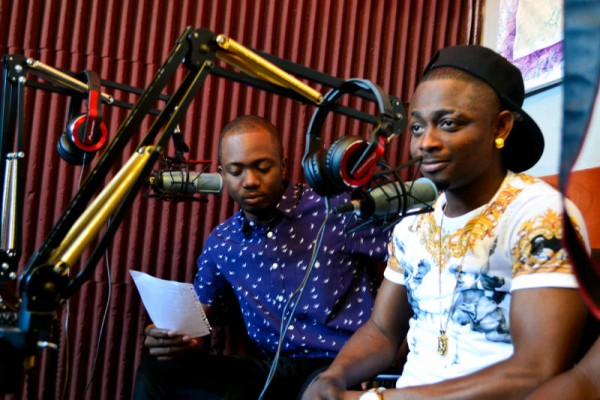