Nigerian singer, Runtown, has released a statement concerning the termination of his contract with his former record label Eric Many which was initiated on the 21st of June 2016, informing the public that he is no longer affiliated to the company s his contract was legally void on the 22nd of June 2018. 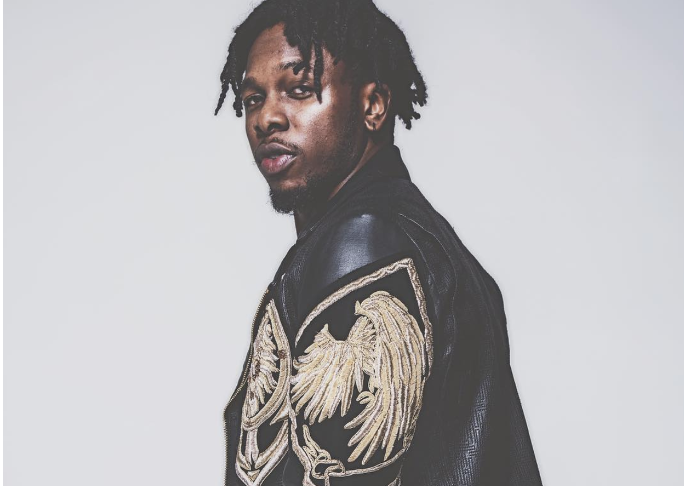 Read his statement below;

The music artist Runtown, also known as Soundgod, shall and is no longer affiliated with Eric Many, Ltd., Eric Many Entertainment, Incorporated, or any of its affiliates, associates, agents, assigns or subsidiaries. Runtown is now exclusively managed and represented by Soundgod Music Group.

Despite numerous breaches of the Recording Agreement by Eric Many, which would make it invalid and unenforceable, the Agreement entered into on June 21, 2016, officially came to an end on June 22, 2018. Pursuant to Section 6.5 of the Agreement, “The Parties agree[d] that the Artist is and remains the owner and lawful proprietor of the Professional Name and the Artist’s likeness.” Eric Many was only entitled to use the name Runtown throughout the duration of the contract, and for a period after termination of the contract for the promotion and sale of music.

Eric Many does NOT own the name “Runtown” or “Soundgod,” and is NOT entitled to trademark, copyright or use the name without the explicit consent and approval of the artist. Public use of the name Runtown began in 2008, before the signing of any contract with Eric Many. Further, there is NO court order currently enjoining or preventing Runtown from singing, performing or recording music.

Please be advised that the interim injunction granted by the High Court of FCT against Runtown on 10 May 2018, has now expired by effluxion of time pursuant to Order 43 Rule 3(2) of the High Court of the Federal Capital Territory, Abuja (Civil Procedure) Rules 2018.

The said injunction became ineffective on the 17th of May, 2018. To date, Eric Many has filed two frivolous lawsuits against Runtown. On May 24, 2018, Eric Many withdrew the initial frivolous lawsuit it filed in Lagos, Nigeria after realizing its claims could never be proven.

The Lagos court ordered Eric Many to pay Runtown’s costs associated with that suit. Interestingly, instead of adding any new claims to the Lagos suit, Eric Many filed a new lawsuit in Abuja, Nigeria, while the first lawsuit in Lagos was still pending. The second lawsuit abandoned all of the claims made in the first lawsuit and claimed that Runtown owed an unconscionable amount of money to the record label.

Eric Many have yet to show any reliable proof or records of its claims. Instead, it has only provided Runtown with a loosely composed accounting that shows fraudulent figures, unsubstantiated expenses and zero financial responsibility on the part of the record label. In short, the record label placed all financial responsibilities, including the costs of all travel, regular business expenses and even legal fees of the label on Runtown. All expenses of running the record label were charged to the artist, which is a clear breach of the recording agreement that requires the label to shoulder such costs.

Runtown filed suit against Eric Many in New York for breach of contract, unpaid royalties, and defamation. On May 25, 2018, the New York State Supreme Court Judge ordered Eric Many to continue to pay royalties to Runtown for the distribution of his music in the United States. Eric Many is in violation of that order, having paid Runtown nothing since February 1, 2018.

We are confident that after this matter is properly litigated in Nigeria and the United States, it will become evident that Eric Many did not only breach the recording agreement severally and abuse its power but that it has been fully reimbursed for its initial investment and is currently indebted to Runtown for unpaid royalties and revenue. One cannot seek relief from the same contract which it has repeatedly breached.

Runtown is not in the business of breaking contracts. We want to assure all fans and supporters that for as long as God shall allow, Runtown is and will continue to be focused on making, sharing and performing good music worldwide.