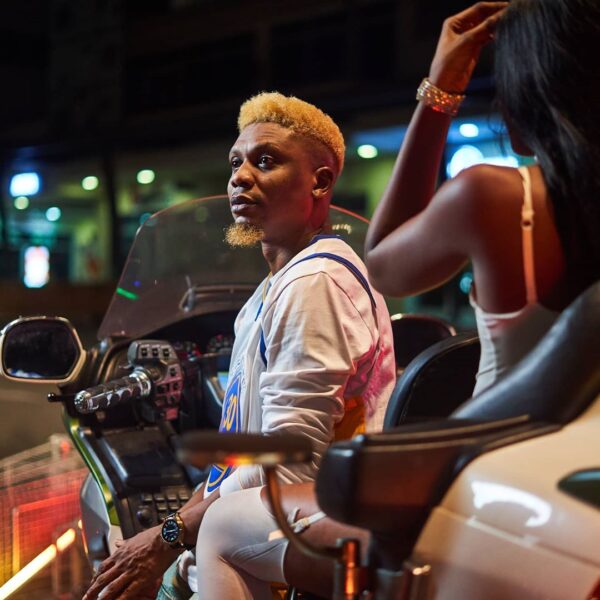 Reminisce gives out a sneak-peak on what to expect from the project from the title “Vibes and Inshallah” . The title is captivating and any music fan would anxiously want to know what the project would comprise of.

Reminisce is one of the few rappers upholding the street in their music and art . He confidently makes indigenous music with great taste to take people back to the roots . First project in a few years ; there is a whole lot of expectation and Reminisce met this expectation and even exceeded it .

The first track “Vibes “ gives off an introductory statement on what to expect in next few tracks . He mixes sounds with his kids ; stating categorically that this project is strictly for the thirty plus gang . Reminisce boasts off his great songwriting skills as he seeks perfection in his craft . Mixing lyrics and sounds during the pandemic has without doubt pushed Reminisce’s art to another deep perspective.

Gbedu gives the listener the “Fela Kuti” energy. Reminisce has over the years mastered the skills of combining Afrobeat sounds and hip hop to produce great result . He technically raps on an Afrobeat sound to solidify himself as an artiste that can effortlessly do it all

Jogodo ; the third track off the project presents Reminisce in a storytelling mood as he artistically speaks his mind on random issues surrounding the Rap industry . He responds to his critics on the notion the he lacks basic rapping skills ; emphasizing that despite all the criticism he is living his best life . The rapper also cites the social ills in the society; he puts himself on a storyteller spot and it comes out as epic

Fireboy DML jumps on the next track “Ogaranya”. Handling the chorus; Olamide’s signee aids Reminisce in elevating the song . The track is your regular “dance to” vibe . Reminisce does the rapping that makes you put on your dancing shoes.

Eja Osan features Tiwa Savage and both contribution blows off without wasting time . Just like the previous track , Eja Osan is another song that puts you on your feet . Reminisce successfully blends great content in this project to make it marketable to even non – rap fans .

The last track off the Ep “Over 2.5” finally becomes that groovy song that puts speakers on blast . Reminisce comes from the football perspective to ease and lighten the spirit of Sports fans. While you can not but appreciate the way Reminisce makes a good dancehall music in Over 2.5, you should also appreciate his talent as an artiste in the way he categorically connects with anything and makes good music out of it.

Vibes and Inshallah is that comeback project that Reminisce needed to put himself back on the pedestal as on of the bearers of street hip hop .