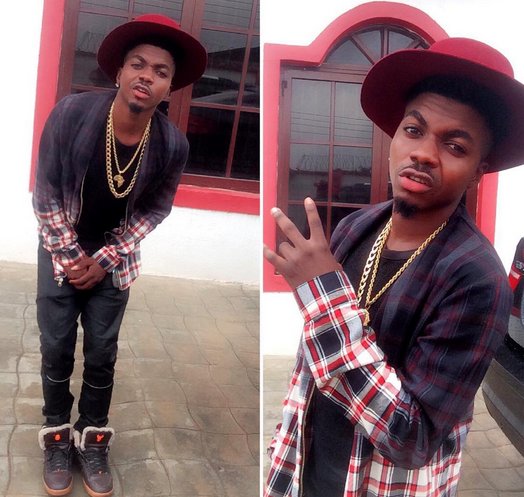 When news broke this morning that rising act “Skiibii is dead”, I wasn’t shocked, I wasn’t tensed because it is too common of Nigerian celebrities to come up with unnecessary publicity stunts to promote and sell their materials, so, I didn’t believe the story and was patiently waiting for their failed mission.
Skiibii who isn’t as popular as the likes of Korede Bello, Lil Kesh, Adekunle Gold, Ink Edwards, Kiss Daniel might be so desperate for overnight fame.
However, it shows the desperation and level of ignorance in the label and how far they are willing to go to get Buzz and push a song not minding the consequences.

It is absolutely uncalled for to frame the death of SkiiBii just to destabilise his fans and prospective fans. I wonder if they thought of how fans would react to this before they embarked on their failed mission. If a dog dies, the owner mourns, if the death of the dog gets media coverage, thousands of people will definitely mourn and pity the owner who knows the worth of the dog.

It is a weakness on the part of Five Star Music and the label’s team to have publicised the death of the young lad, SkiiBii when they were not sure if he was dead or not. I however hold a strong motif that Five Star Music cooked up the story for the public to eat.

With the strength of KCee, HarrySong, Millionaire E-Money and Soso, it is a flaw to have faked the death of Skiibii and a high sense of no regard for the fans and lovers of the above mentioned artistes. Kcee came to limelight without controversy; Harrysong who I respect so much hits the A-List point with hard word, passion for music, prayers and support with NO MONEY! Why not help Skiibii grow without blemish?
Skiibii undoubtedly is an upcoming artiste who needs to be natured, bred and monitored with highly intellectual branding. Although, In PR bad publicity can be good publicity if well managed. Don’t you think Nigerians are tired of useless publicity stunts?
This stunt is a failure on the part of Five Star Music’s PR team, it only shows they need to step up and increase their knowledge.
Who will eat the cooked story? Five Star Music management must eat and paused off music lovers allover the country are chanting on one voice “Skiibii must die.”!!!!!! 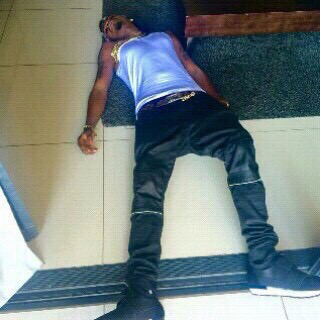 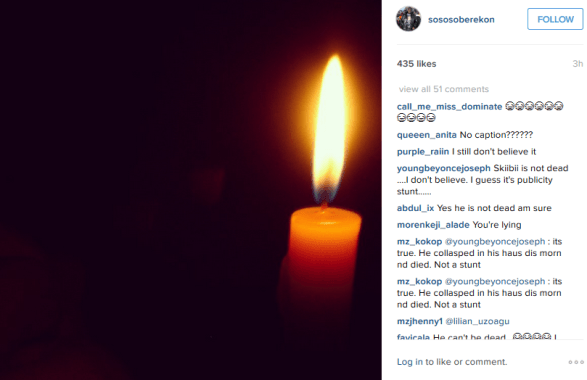