Fresh from winning the ‘Best Male’ act at the recently held 2015 MTV MAMA awards, pop star, Davido has been in the news lately following the ongoing probe into his Meek Mill featured ‘Fans Mi’ video by the officials of the National Drug Law and Enforcement Agency (NDLEA).

Davido who is currently out of the country for his forthcoming US tour is however not content with ‘folks’ who prefer to use fake accessories as he shared details of how he bought his first pair of Rolex.

The music star took to Twitter to announce his intention to begin wielding a diamond tester to confirm the authenticity of a jewelry worn by ‘folks’ around him. 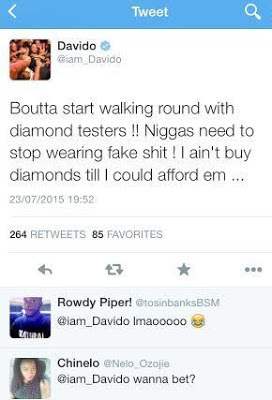 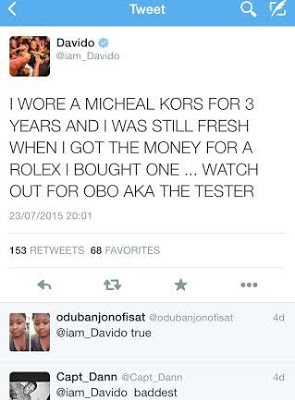