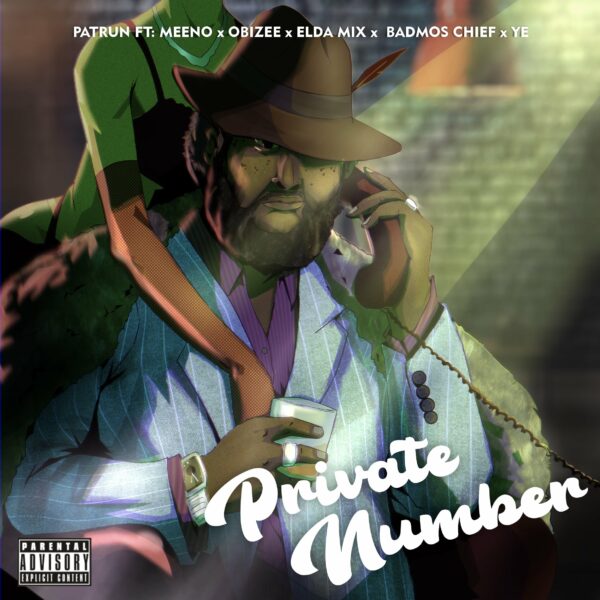 Packed with some of the best emerging artists in the scene, Patrun BCD’s latest single ‘PRIVATE NUMBER’ marks the start of an era for this Nigerian artist, opening listeners up to a more comprehensive taste of Nigeria’s culture and talent. To the undertrained ear, this Afrobeats song sounds like an easygoing track with some richly entrancing vocals, but there’s much more to it than that. ‘PRIVATE NUMBER’ is the first UK single to integrate all the tribal languages of Nigeria as well as English, working with Igbo, Yoruba, and the many times overlooked language of the Hausa tribe. There is a seamless fusion of styles throughout this track from the chant-style chorus to the soulful melodies and flows from Meeno, Obizee and more. As the first single from Patrun BCD’s upcoming album ‘SAURARRA’, the track leaves us increasingly excited for what else this Nigerian artist has to offer.

Patrun BCD is a British-Nigerian artist, comedian and entertainment entrepreneur who heads up MyCall Productions. He was born in northern Nigeria, a region recognised from its restricted education, culture and tradition. His pursuit of the entertainment industry was never something that was supported by his family, or his society, where entertainers were regarded as common beggars. It wasn’t until he met his best friend’s late mother, Dtr Mrs Aduke Endely, that he found some support and even a stable home after his parents kicked him out. Since then he started progressing his career as a dancer, rapper, acting before taking up comedy. He has also moved to the UK, and has been a resident in the country for nearly two decades. Over the years he realised there was a total lack of opportunity or representation for the Hausa tribe, one of the three of the largest tribes in Nigeria, in the trending Afrobeats scene. Since all of the record labels and sponsors are based in Lagos, much of the recognition is restricted to the Igbo and Yoruba tribes. Patrun BCD is dedicated to tearing down this divide to create a space where all African tribes can influence the Afrobeats genre. He has pioneered ‘Hausa Afrobeats’ (a subgenre of Afrobeats) which can be enjoyed on his forthcoming album ‘SAUSARRA’. That’s not where the effort ends however, and Patrun BCD is preparing for the first U.K ‘Hausa Afrobeat’ concert in 2023 for fans to take in this unexplored sound. This artist’s drive for innovation is impressive, and there’s no doubt that he has something new to bring to the table, so be sure not to miss him.