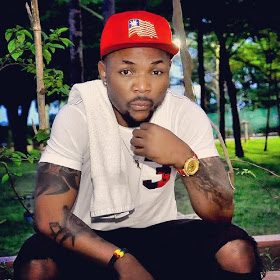 ​So yesterday, the internet was abuzz with the story of self styled musical taliban, Oritsefemi, being beaten up by bouncers at popular Lagos nightclub, Quilox.

The singer’s management, has released a statement concerning the fight. Read statement below:

‘On Friday November 11, 2016, at exactly 2 a.m. at Quilox Night Club. Oritsefemi was attacked by a bouncer just because he was trying to stand for an older colleague and a friend.’

‘Oritsefemi was at the VIP corner when he noticed Sound Sultan and Rock Steady were being bounced from entering the VIP section of the club. Oriste Femi, who was not happy with the bouncer’s behaviour, stood up to ask the bouncer why he was putting up such attitude to an A-list artiste and a brother, the bouncer replied that an order was placed down by Shina Peller, the CEO of the club, that no A-list artiste should be allowed into the VIP section, claiming the A-list artistes were not his costumers and they have no value at his club, just because of his rift with Davido.

‘Oriste Femi, who was holding a cup of wine, had to defend himself by slapping the bouncer with the wine cup, which gave the bouncer a scar on the face. Without waiting for explanation the other bouncers in the club came in and attacked Oristefemi and in the process, Oristefemi’s N8.5m worth of jewelry was stolen by the club bouncers.

‘Femi was injured and held down by the bouncers, claiming they were waiting for the arrival of Police. On the arrival of police, Femi and the bouncer were arrested and taken to the police station where the IPO in charge of the case ordered Femi to treat the injured bouncer which he did and even gave the bouncer extra cash for self-medication.

‘The IPO also ordered the bouncer and the Club management to provide Oristefemi’s jewelry, which he hasn’t received till now.’

Not stopping at just the statement, Oritsefemi, went further to blast Shina Peller, sharing a photo on Facebook which says:

The only Shina we know is…sir Shina Peters 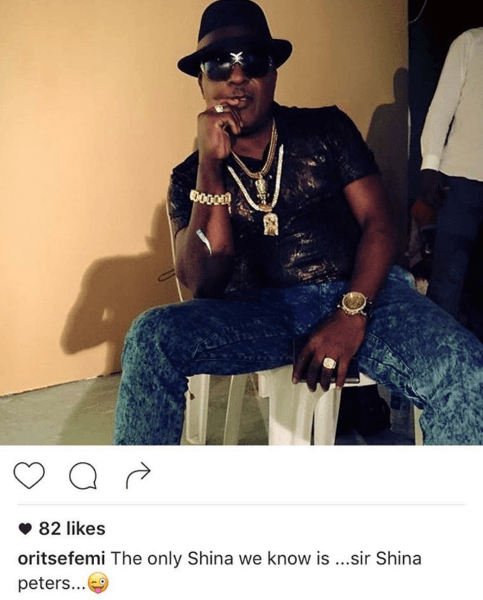 As at the time of this report, the management of Quilox nightclub, is yet to make a statement.