Olamide Calls Out Don Jazzy on Twitter Over Headies Award

Here is what happened. The Coveted “Next Rated” Award at the Headies was given to Reekado Banks of The Supreme Mavin Dynasty, but Olamide, head of the YBNL label was not very happy that the award did not go to his artist, Lil Kesh.

In an effort express his dissatisfaction, Olamide escorted another of his Artists’ Adekunle Gold who won the Best Alternative Song Award, to the stage to accept his award. While on stage, Lil Kesh prostrated for Olamide who took the the mic and said, “Let’s be honest, this award belongs to Lil Kesh, because Lil Kesh is our own Next Rated artist. F**k that Sh!t!…. The streets ti take over. Every f**king single was a hit back to back. From lyrically to Shoki to Efejoku. Ko ni dafun Iya anybody” before dropping the mic and walking off the stage.

The Drama did not end there, Don Jazzy responded by saying “Egbon Olamide, if you want the car, come and collect it.” while accepting his Special Recognition Award at the Headies which he did defend his artist, Reekado Banks who won the award.

After the statement, Olamide took to twitter to lash out at Don Jazzy. Read all the tweets below.

Lets hope this little feud is resolved soon. Watch the Videos of Olamide and Don Jazzy below: 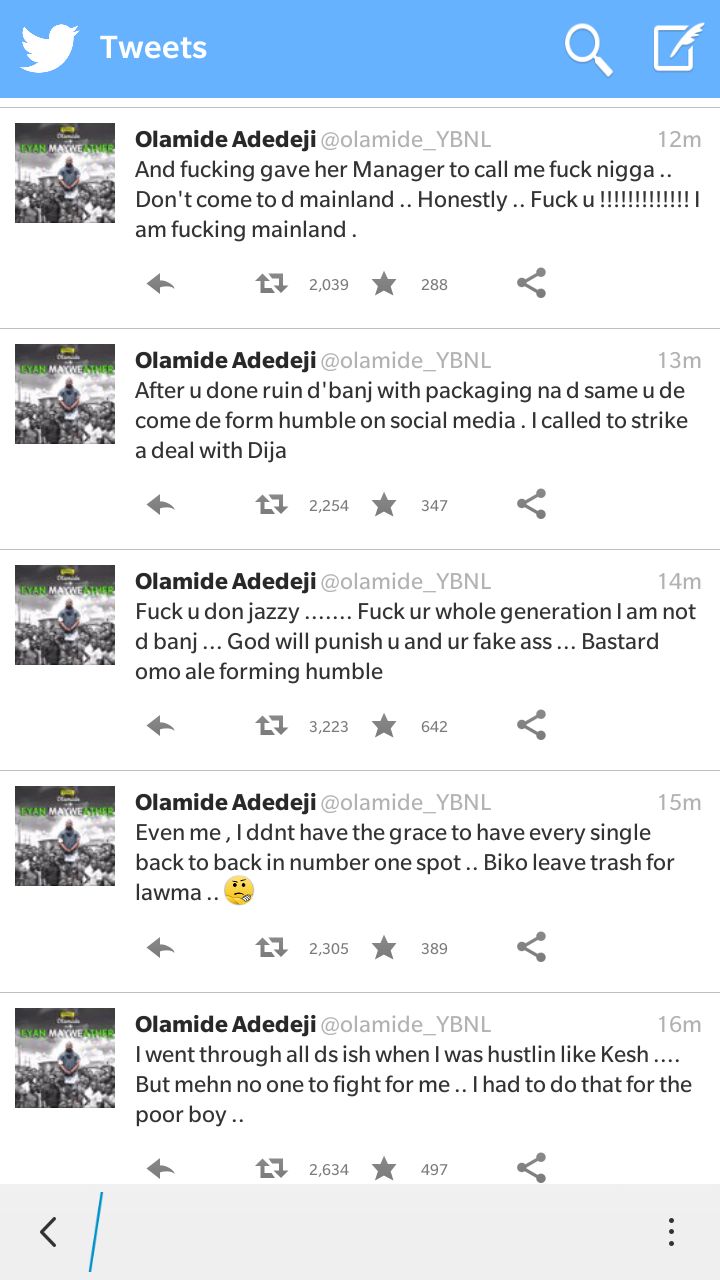 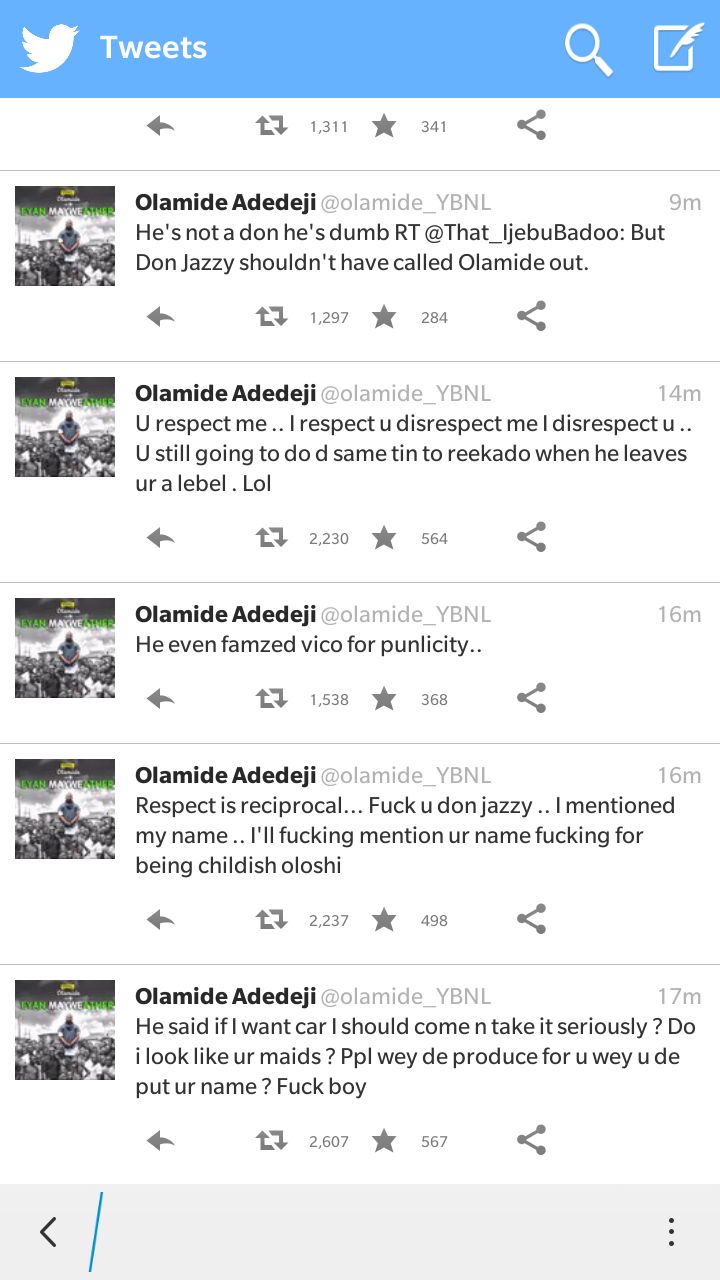 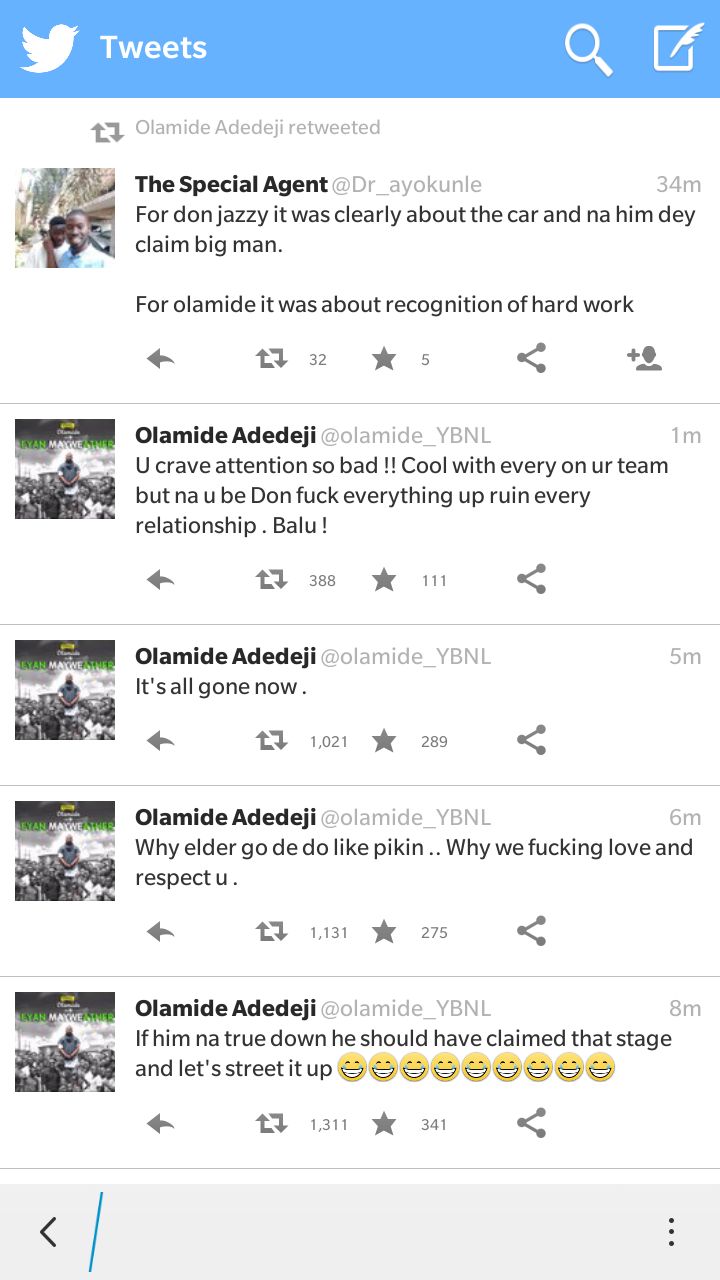