My Music Has This Hiphop, Jamaican Raggae Ragga And Afrobeat Blend – Baudex 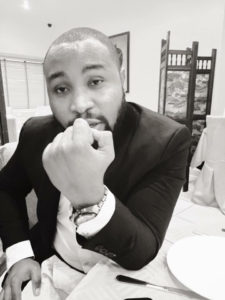 Babatunde Oluwadamilare Oyebode popularly known as Baudex, is a man who has his hands in every pie as far as the music business is concerned in Nigeria. Baudex doesn’t just do music, he does the business as well and he knows his onions as much as a biologist knows a microbe when he sees one through the telescope. In this interview he talks music and the business of it.

I do hip-hop with a Jamaican feel and Afrobeat, because I grew up listening to these kinds of music and they have soul in them. Hiphop, Afrobeat and reggae have culture and soul and they form my own sound.

How do you define your sound?

I’m a strategic person – with business and music. I’m strategic in everything I do, so I try to make my sound appealing with hiphop, dancehall, reggae, Afrobeat and so on. Since I’m African, I’m going to call it Afro-dancehall.

How did you discover music?

I met music in the family. My father’s family are into entertainment and showbiz and even my maternal grandfather played the saxophone as well. The entertainment thing has always been in me. But professionally, I started music five years ago, even though I’ve been doing it all my life, right from college days and back in UNIPORT and even in FESTAC. I’ve been doing music for fun all my life, I have an in-house studio. So far, I’ve done music with Solidstar, Wizkid, Konga, Burna and many others.

You mentioned doing the business of music, how is that?

Like I said, I’m very strategic. When I look at music, I think about distribution. Not everyone has the advantage of having a Baba Olowo father, so we have to work really hard. I used myself and people around me as a case study and I put my time into each task. I have a music distribution company and I’ve worked with Wizkid, Solidstar, Konga, Orezi, Timaya among others. I also have a public relations company and I’ve worked with top stars both in music and Nollywood, the likes of Jim Iyke, Uti Nwachukwu, Sound Sultan, Toyin Abraham,Tayo Sotayo and some major companies. I want my company to be everything showbiz. I have an in-house producer who has worked with major artistes and we are also into artiste management. So my company is very broad.

When did you set up the company?

I’ve been working on it low-key, trying to make sure they run and stand on their own. Officially, my company got registered three years ago. People tend to see potential in everything I do. I also have a company where we have a partnership with Indians to develop apps and so far, we’ve done about twenty apps for Nigerians. I studied Computer Science and I love music, so it’s a synergy of both worlds. I have a social media marketing /PR company as well, where we have celebrities we manage and help them verify their social media accounts , I don’t work with twitter or facebook or Instagram ,but I help represent these celebrities and submit prepositions and verification requests for them

What’s the umbrella name of your company?

Huzzle Inc. Biz. Nig. Ltd (Huzzle Incorporated Business Nigeria Limited). Under it, we have Huzzle Records, Huzzle Panels which is for social media optimization. Some artistes come to me and we look for ways to make them visible on social media. When you have good music and you’re not reaching out to potential fans, how would the fan-base grow?

To you, what makes good music?

What’s your impression about the Nigerian music industry?

The Nigerian music industry is doing very well. Nigerian music is going global. In Dubai clubs, Ghana, East Africa, United States, our songs are making waves. As a Nigerian artiste, you can have a concert in another country and make crazy money. The Hip-hop aspect of Nigerian music is dead. Everyone wants to go with the money, but then Hip-hop used to be the forefront of Nigerian music. People never used to take singers really serious those days. You just have the voice, but rapping is a craft, It’s like poetry.

What should we expect from you soonest?

This year I want to spread my wings, grab all the money and run away with it (laughs). I want to be in every department of the showbiz industry. I want to be here and there, on the business side.

So you don’t want to be performing, like on stage…

Yeah, I want to be like Don Jazzy. Because you have to put your face out there so people can know you. Public relations works like a double-edged sword – it brings you out. And once you’re out there, expect so many things; critics, love, growth and so on. 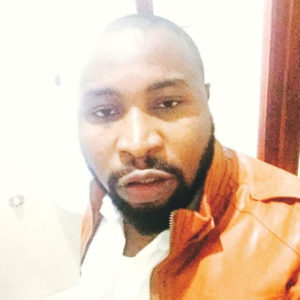