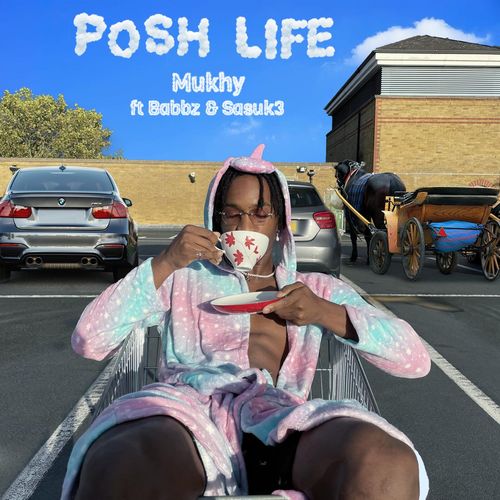 Mukhy born Mukhtar Sarumi is a first class graduate who had been working in the city before letting go of the suit and tie life in pursuit of a career in music. The super talented Mukhy comes with his own energy, perspective and swag, a fusion of sounds from Lagos to London and beyond with a unique pov.

“I am very excited for us to share Mukhy’s talent, energy and music with the world, I believe he has a lot to offer and in time the fans will embrace his enthusiasm and fresh take and attitude, welcome to posh life season” Obi Asika, Founder Cabal entertainment

On his debut single “Posh Life”, Mukhy is in his element as he rides the Ransom produced beat with powerful vocals on the hook from the talented Babbz. Posh Life is about the good life and is here to spark off Detty December: Get ready to drink up some posh life and come on board mukhy’s train early.

Mukhtar Sarumi ‘Mukhy’ is a Nigerian born UK resident who has a big dream of connecting his music globally, His interest in music started whilst he was schooling in Nigeria where he’d rap with his friend Shosho (now Polosho) every day after school.

However, after moving to the UK, he stayed doing music all the while completing his education, securing a first class degree and securing a city job as a banker in London. Despite outstanding academic results, Mukhy struggled to find any form of happiness within traditional career paths and consequently decided to refocus on music again.

He started making music again in 2020 during the pandemic and has since then been honing his craft, and working on a wide range of songs. Mukhy’s music transcends RnB, Afrobeats, and Hip Hop, as he has close cultural ties to these genres and his sound is a product of the fusion of all.