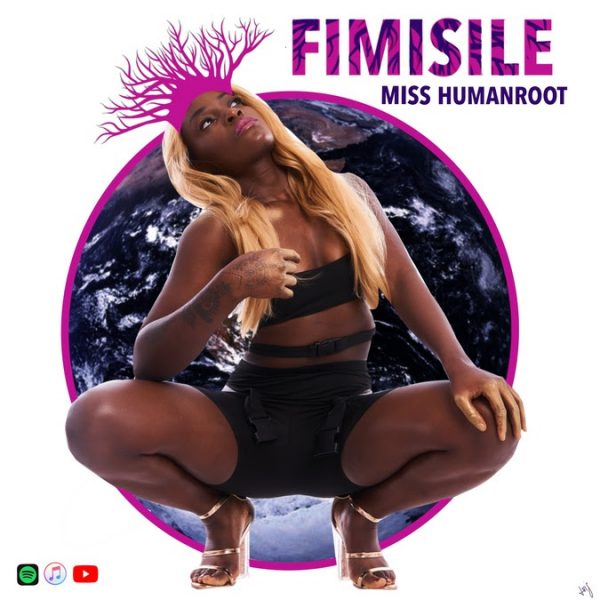 Introducing Italian Nigerian Afrobeats rising star MISS HUMANROOT – real name Humanroot Temidola Awosika – with her exciting new single titled ‘FIMISILE’, along with its riveting music video. Meaning “leave me alone” in her native Yoruba language, ‘Fimisile’ sees Miss Humanroot rallying against the abuse of women, children and anybody who can’t defend themselves, whether it is sexual, physical, verbal or mental. Miss Humanroots wants everybody that may be feeling abused, to have the courage and power to speak up about it, and to stand firm against their abusers and say FIMISILE (leave me alone).

Speaking about her inspiration for writing ‘Fimisile’, Miss Humanroot says, “I was abused at a young age by a family friend, and I didn’t have the courage to talk… until now. I wish all the girls and boys that have had a similar experience, would have the courage to call it out immediately. ‘Respect’ in African culture can sometimes be taken to the extreme, which teaches children to do whatever an adult demands, and obey whatever an adult says, otherwise it is disrespectful and they will get punished for it, but no child should be subject to abuse in the guise of respect”.

Offering more context to why she has penned ‘Fimisile’, Miss Humanroot adds, “do you know how many African children are being abused, do you know how many women are with an abusive husband? They get beaten while pregnant or they get treated like nothing, and once they complain, they get told, ‘he is your husband, go back home, this is marriage, it goes up and down, go back home’. Can we teach our children how to respect one another, instead of teaching our girls how to be treated like dogs”.