Lucianne teams up with Peruzzi & Fiokee On Te Amo Remix 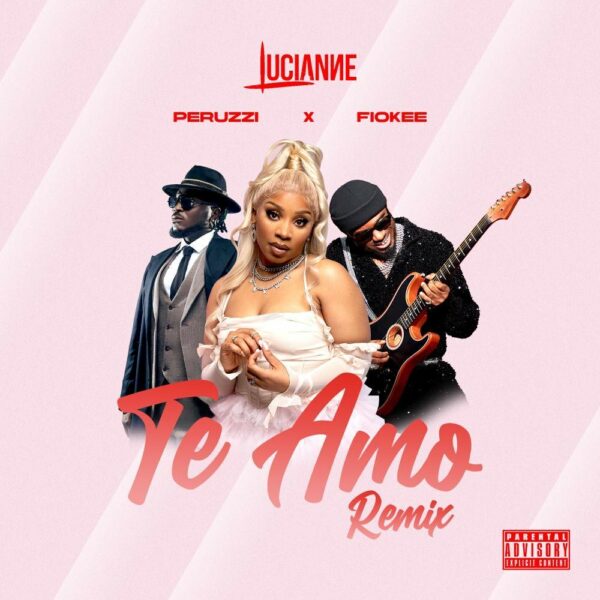 <2>Lucianne teams up with Peruzzi & Fiokee On Te Amo Remix

After the success of the original Te Amo single, British Nigerian singer, songwriter and actress Lucianne has joined forces with Afrofusion star Peruzzi and sensational Nigerian guitarist Fiokee to further the track’s reach with the infectious new Te Amo Remix to close out her exceptional year. The Te Amo record originally broke into the Top 40 in several music charts around the world, including Apple Music’s R&B/Soul chart in Nigeria, Spotify’s viral chart in Austria, and Shazam music charts across the US, and has garnered over two million plays online.

Originally written and composed by Lucianne, and produced by Majeek who has worked with the likes of Falz, Tiwa Savage, and Patoranking, the Te Amo Remix keeps the original tracks’ stellar afrobeats and R&B foundation, and sees Peruzzi and Fiokee taking the track to new heights. Peruzzi shines with his soulfully expressive and impassioned vocal delivery, groovy melodies, and glorious lyrical flair, while Fiokee brings his trademark lush guitar licks and arrangements to the party. Throughout the remix Lucianne’s message of defiance, strength and not settling for less than she deserves still permeates as an anthem for women to boldly recognise their worth and to fight for it.

Speaking about how the remix for Te Amo came about, Lucianne says, “The Te Amo remix is a female anthem, after the success of Te Amo, Steve ‘Spotlight’ Osagie, who was a part of my PR campaign, may his soul rest in peace, absolutely loved the song and wanted to get a feature on it to push it out even further to be heard. He had the idea of Peruzzi doing a verse and obviously as a huge fan of Peruzzi myself, I too was all over the idea. Peruzzi loved the song himself and he was more than happy to be a part of it. His voice adds another dimension to the song, and it is the perfect blend of vocals and lyrics to bring out another side of the story that the song tells.”

Lucianne has been singing and performing since she was 11 years old and even had a memorable stint on X-Factor UK as a teenager. She burst onto the UK afrobeats music scene a few years ago, with support from the likes of BBC 1Xtra and Soundcity TV, before crossing over to achieve success as an actress in Nollywood, the world’s second-largest film industry, with starring roles in Three Thieves (Netflix) and Dark Room, among others. Lucianne returned to her first love music earlier this year with More, and followed that up with Te Amo, with her anticipated EP set for release in 2023.