GoodNews! Africa To The World!!

Nigerian Producer ‘LayLow’ now goes by the name ‘Kelvin Boj’. Kelvin Boj has been in Atlanta working as a producer and has a couple of unreleased work with production credits to his name with artists like Gucci Mane, Rich Homie Quan, Rae Sremmurd and Migos. He recently got into the studio to record his debut international single as an artist/producer with man of the moment ‘Fetty Wap’ and they titled this one ‘Olosho’. The official single will drop sometime next week but for now see pictures and listen to a snippet of the song. Follow Kelvin Boj on Instagram and twitter @KelvinBoj 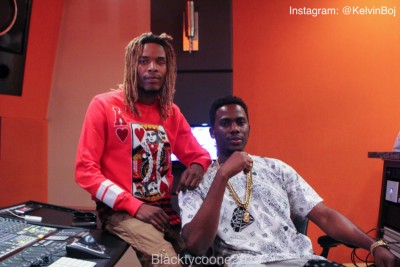