Starboy chief, Wizkid has parted ways with his protege, L.A.X after he didn’t renew his contract with the label upon expiry.

Back in August 2013, Wizkid had announced on twitter that he signed L.A.X to his Starboy Records. Fast forward to December 2014, L.A.X, in an exclusive interview said, ‘I have a record label deal with Starboy to release two albums in a duration of two years.‘
So according to calculations this contract ended in 2015, without the release of the two album as promised

To confirm this, during his acceptance speech at the 17th Ghana Music Awards early in 2016, where he won the African Artiste of the Year Award, Nigerian pop star, Wizkid made a special announcement unveiling three new acts under his Starboy Entertainment Worldwide, they include, Eyfa, R2Bees and Mr Eazi with L.A.X failing to get any mention. 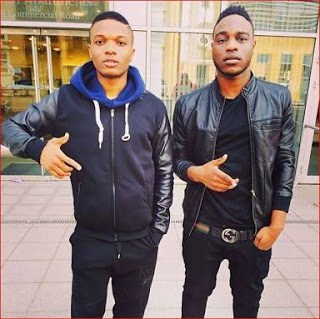 L.A.X put spark to the report by not using any Starboy logo or identity in his new video, Awon Da also removing all Starboy Records mentioned on his social media.

Even his manager, Remi Oyedipe, who has managed L.A.X since 2010, signed a new management deal with Gas promotions that has no affiliation to Starboy.

The future might look bleak for L.A.X, but Nigerian stars who have previously been let off by their old labels, always find away to bounce back in the game, we only hope he can do it soon, as the music scene tend to forget faces fast.