The KORA All Africa Music Awards are officially open for entries from musicians from across the African continent and the diaspora.The first music awards ceremony , which celebrates excellence in musical artistry in Africa and the diaspora, will take place on the 13th of December, 2015 in Windhoek, Namibia.

Featuring 27 categories across regions and genres, there is a monetary reward associated with each trophy, with the star prize, Best Artist of the Continent receiving a grand prize of USD 1 million.

Other awards like Best Male Artist – West Africa, Best Female Artist-East Africa, Best male Artist -Centra Africa among others will receive 50 000$ USD each. To be eligible for the Best Artist of the Continent trophy, an artist must have been voted the best of their region on the continent.

The financial reward will only be given to award-winners who are in attendance at the awards ceremony – absent artists will be awarded the trophy alone.In addition, the competition includes several awards – each artist may enroll in one or more categories of their choice.

The song or songs participating in the competition must have been published between January 1st, 2014 and July 15th , 2015. The songs must be of quality, must not be damaged and must be readable on any drive. According to the organizers, submissions deadline is the 20th of July, 2015.

The Kora Awards are music awards given annually for musical achievement in sub-Saharan Africa. Founded in 1994 by Ernest Adjovi, they are comparable to the American Grammy Awards. The award, which first held in 2005, is named after the Kora, an important West African plucked chordophone 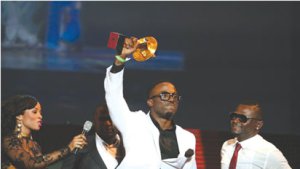