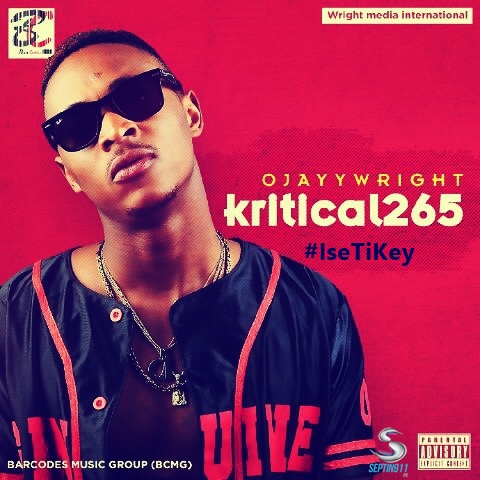 Ojayy Wright is the son of veteran Nollywood screen goddess, Bukky Wright who has strongly carved a niche for herself in the Nigeria Entertainment Industry. Ojayy Wright graduated from Rutgers University in New Jersey where he studied Biological Sciences.

Ojayy Wright relocated to Nigeria recently to focus on his well-heeled music career; while speaking on the concept behind his brand new single, “Kritical265”, Ojayy Wright explained that “Kritical265” was coined after partying hard at one of the popular relaxation centres,Quilox Club in Lagos, with a couple friends and splashing 0.5 million Naira in one night. The budding talent in the single also sings about partying with beautiful divas, traveling to different countries and enjoying luxury lifestyle.

In the music video of “Kritical265”, Jide Kosoko and Bukky Wright displayed their comic characters to portray the beauty of the top-notch visuals shot by RuffIkonz Films, who creatively interpreted the content of the audio produced by Eben Jazz into pleasurable visuals.