Sammy Davids, the fast rising young artiste is about to blow your speakers with this potential hit titled “STORY”.

Following the success of his 2015 monster hit “DOWN” which enjoyed massive airplay across Radio and TV stations as well as Huge number of downloads, he’s decided to share his “STORY” about the hustle and gain after the pain.

After getting postive reviews from critics and music lovers alike, Sammy Davids is an artiste to look out for in 2016 and hopes he gets his break. 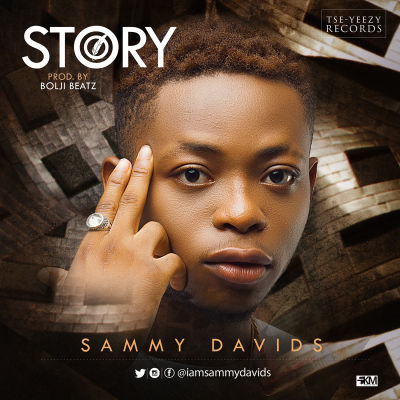