Pheelz is the brain behind most YBNL songs, the prolific producer produced most of the tracks in all Olamide’s albums and Lil Kesh’s debut album, Y.A.G.I.

I. J. N is a follow up to Pheelz prviously released single, “Hustle.” Listen and ENJOY 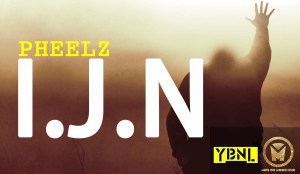