Modenine has continued in his attempt to break a new ground and make history by releasing a song for the next 30 days in the month of May, 2015.

Titled ‘30 days of Modenine’, the project sees Modo release songs previously recorded over the years – showing a timeline of music experiences with himself, other artistes and music producers.

Here’s the 17th single of the project and is titled “Everest”. 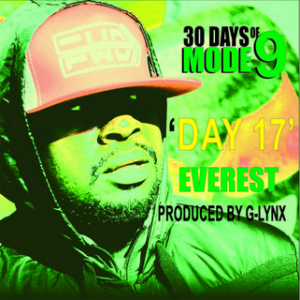