“Boss” is a potential hit which is certified to rock the air waves anytime soon, is an afro-pop blended song that gives both acts the comfort to display their lyrical prowess, and Oven? He never disappoints as he fuses some reggae into his flows while Mr Gloryus laced a nice hook on this sick tune. Meanwhile visuals for this song will be shot anytime soon.

Production credit goes to Oven Beatz, while the mixing and mastering was done by ‘Reflexsound’.

Bump This Tune & Tell Me What You Think! 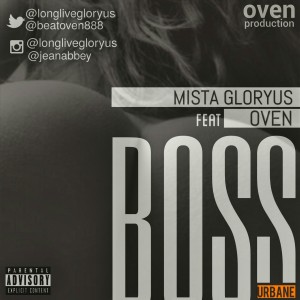