Mc Galaxy has proven over and over again that he is a certified hit maker. He has dropped hit after hit and just released his album Breakthrough that is taking over Nigeria. Waka Waka baby and Alagalaga yo where both produced by Shizzi and already receiving massive airplay nationwide. The video for Waka Waka Baby is set to be shot in south africa in the next 2 weeks along with the massive club hit Komolop Cholop that was produced by Uhuru and Shizzi.
The hard working sekem crooner recently signed 2 new artists Muno and Zinnia to MCG Entertainment and he with his management Bigjamz World are planning big things for both of them. 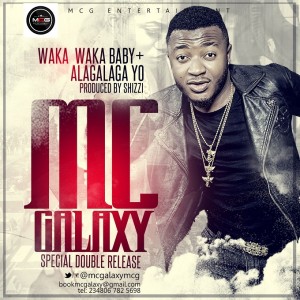