Commencing her musical voyage about 10 years ago as just a writer of poems and stories, the 21 years oldEwà Cole (real name – Olatunji Ewaoluwa Nicole) has always had her inspiration/ideas established and constituted based on her own mind, listening to music from Soul singers and most especially from music that speak of all trueness and verity; born on the 26th of March, she is a Computer Science graduate fromBabCock University and she is set to release her 1st single of the year 2016, which would be her 2nd official single following the release of her debut single, “Alone (Wale),” which was put out in 2015.

Ewà Cole, who had and lived far away from very few friends during the early days of her life, began writing stories and poems at the age of 11; with no one to turn to, she sought her only friend, Music, which she could relate with from every viewpoint – due to it’s depth, Music meant a lot to her and she had begun penning down personal experiences, family and friends inclusive, including movies she watched and dreams she had (for those she could call back) – she has had quite a few singles over the years but she released her debut single in the year 2015 when she put out an awesome piece titled “Alone (Wale).”

Come 2016, Ewà Cole says, “this year is going to be awesome, your expectations will not be cut short…lol,” and in lieu of this, she’s putting put a brand new piece of music, one that can best be described as resplendent and ravishing to the listener’s auditory sense. “Till 18” is a song that tells a tale about ‘teenage pregnancy‘ where an under-aged girl meets with a guy who delights her and gives her a strong positive stimulus, but without paying attention to the warnings from her folks, gets herself pregnant; Ewà Cole, who writes based on life experiences, sings beautifully on this stellar number but also states she won’t be precise on whose experience this piece talks about. “Till 18” was produced by eGAR_boi with mixing and mastering credits going to Jumar; unsigned, she is currently under the management ofPeaceVille Records. | ENJOY!!! 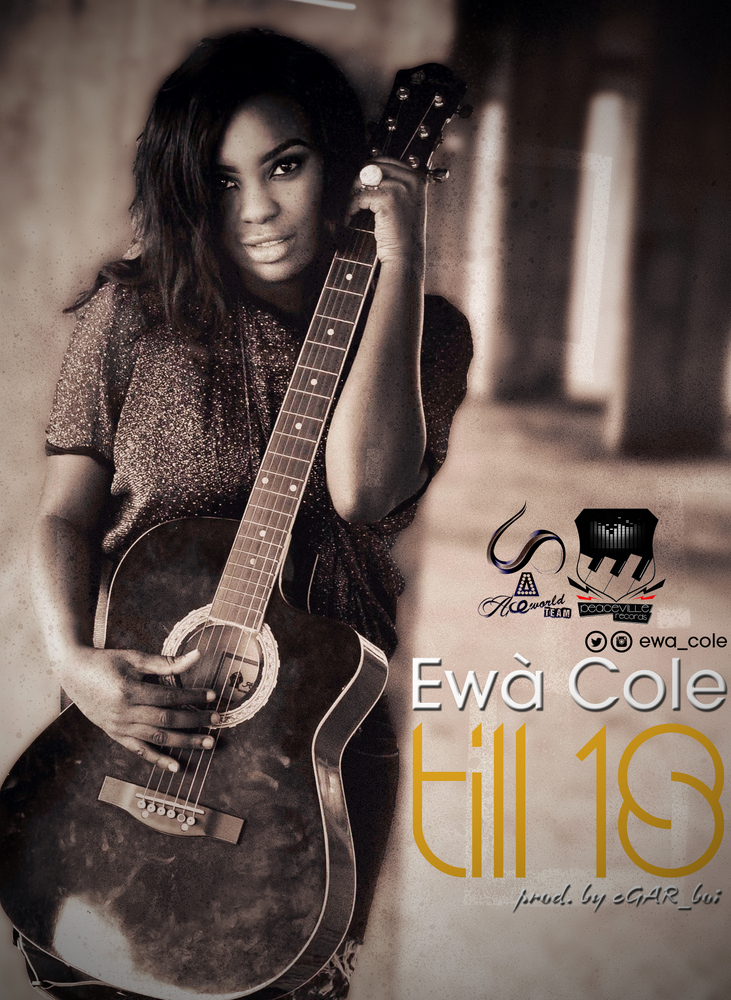 ← Previous Story JBAudio: JJC – “Who Be You?”
Next Story → JBVIDEO: Blackface Naija –”Killah”