“Correct Guy!!” Eclipse Rides Shotgun on His New “Nike Canvas” Freestyle, With A Vocal Assist From Hip Hop’ “Chairman”AbOriginal Music frontman, Eclipse Nkasiobi return with “Niké Canvas”, a sizzling, braggadocius freestyle delivered over a knocking trap beat, and featuring a vocal sample taken from The Chairman himself, MI Abaga’s, popular single “Bad Belle”. Produced by Eclipse, and mixed by Ray X, “Niké Canvas” is another impressive selection from Eclipse’s music catalogue – and further confirmation that Eclipse is one of the artistes to watch in 2015. Eclipse is currently on a radio and performance tour in support of his popular radio single, “Gentleman”, and its well-received video, which was directed by renowned videographer Mex Ossai (who also shot the video for ‘Bad Belle”), and can be seen on a tv screen near you. A real “Gentleman” doesn’t keep his audience starved of attention and entertainment, so: keep an ear open for more releases from Eclipse in the coming weeks, among them collaborations with DJ Jimmy Jatt, Eva, Ruby and Morell, as he prepares the countdown to the release of his debut EP, “City of Dreams”. 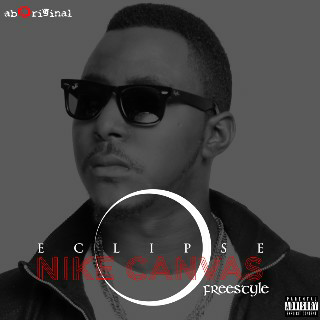