For the love of music and the craft, US based singing group, Confirm is set to thrill their fans once again with another delightful tune for this yuletide. Confirm which is made up of Promise Ilebor otherwise known as King P is the owner of popular record label, Bugatti records with his partner, Ife, who doubles as a music video director. Confirm who were the brains behind monster track, Agbero, which featured 9ice and Lkt , Are back with another new single KOKO.

The song which featured another Nigerian music artiste Dr Vee is set to be released from the stable of BRG. The new song did not fall short of fans’ expectations even as Confirm promised more songs and visuals as from next year.
The Production credit goes to Smoothkiss and Exceptional Beats. 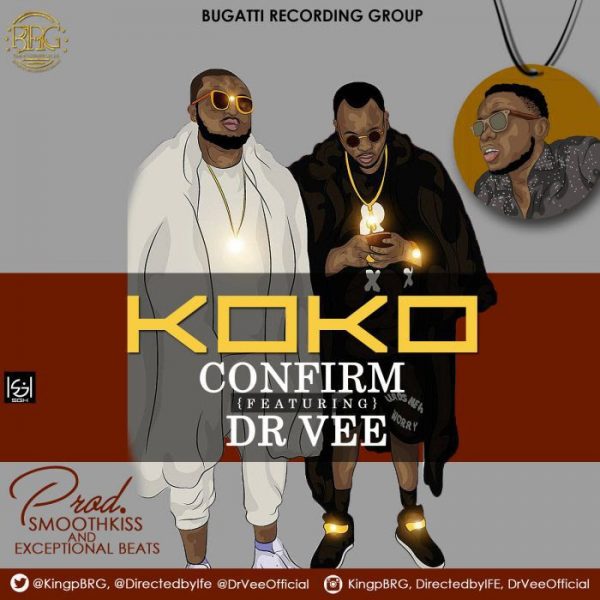