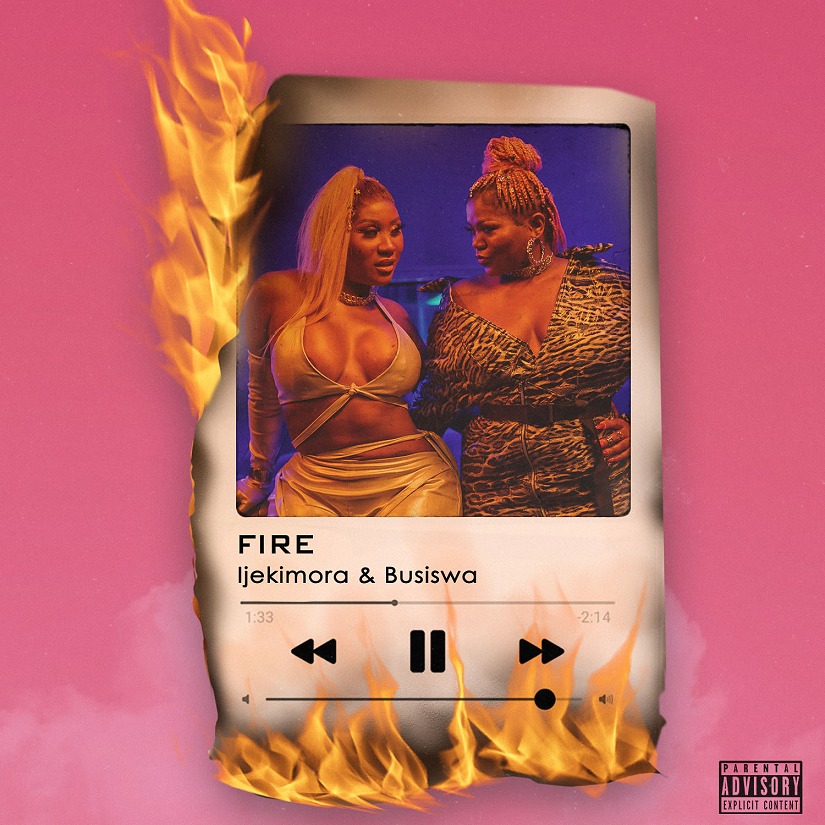 Starting the year in stellar form with her single- Stand by Me, featuring Seyi Vibez, Ijekimora is back at it again- this time with a searing House number titled Fire. With a plan to set dance floors ablaze from Lagos to Cape Town. Ijekimora and Busiswa complement each other with prodigious efficiency on this one to create a bop for the party animals.

Splayed on Bizzouch’s upbeat production, the Amapiano number is a compelling club banger that promises to spark any party to life. Ijekimora sets the pace and sets the marker down for the song’s melody trajectory. It’s all celebrity, self-gratification and flex on this one and Busiswa

proves again, her ingenious ability to excel in any House production as she injects nuance and swagger into the song’s rhythm.

Ijekimora has constantly been on the rise and continues to stake her claim as one Afrobeats act to watch out for. Ambitious and armed with irresistible charisma, she has been charting her own unique route into the industry with a signature style that celebrates the party girls and everyone with a passion for good times.

‘For me, Fire is another way of showing what I’m sonically capable of. I want the girls in the club to break their waist and the casual listeners to have a sound that’s stuck in their head anytime they want to have a good time’ Ijekimora comments.

It’s been a definitive year for the Imo-born artist. She has continued to create a niche for herself in an industry defined by its diverse sounds and audiences. Ijekimora proves with ‘Fire’ that there’s still a lot to watch out for.