In 2014 when Nigerian singer Runtown released the smash hot single, ‘Gallardo’, little did he know he was going to own a car by that name in future.

Then he followed it up with a prophetic viral punchline in Wizzypro’s ‘Emergency’ where he said ‘Ogini, I woke up in a Lamborghini’.

The new whip valued at #150 million Naira is a unique and extravagant super-car that goes from 0 to 60 mph in just 3 seconds with a V10 engine, ceramic brakes, adaptive damping system and excellent transmission system. 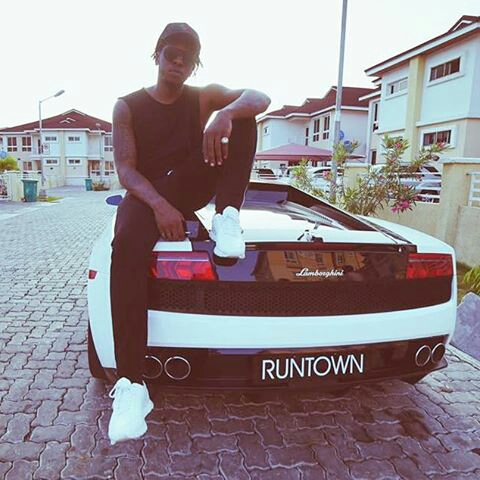