Dr. Dre has recorded a brand new album as the soundtrack to ‘Straight Outta Compton’ – a biographical drama based on the story of hip hop group N.W.A., which featured Dre as well as DJ Yella, Easy-E, Ice Cube, MC Ren and Arabian Prince
throughout the years.

This was revealed by Ice Cube during an interview with Philadelphia’s Power 99 FM on Wednesday that Dre could be releasing his first album in 16 years on Saturday, August 1.

“It’s mega,” said Ice Cube. “It’s Dr. Dre. It’s what everybody has been waiting for. It’s definitely a dope record, and he’s dropping it all on the same day.”

Dr. Dre, who has been relatively quiet about the album, told Rolling Stone in March that he was working on something, but didn’t want to give too much information yet.

“I don’t want to put it out there just yet and say that I’m definitely gonna put it out,” he said. “But I’m really feeling what I’m working on right now.”

This would be a record that’s inspired by the movie.”
According to Ice Cube, that movie Dre is talking about is the upcoming N.W.A. biopic, “Straight Outta Compton.”

In the interview, Ice Cube also addressed the rumored N.W.A. reunion tour, “Yeah, there’s a possibility for sure, ” he said. “We’ve definitely been talking about it.”
Dr. Dre’s previous album, “2001,” was released in 1999. He’s been working on his highly anticipated album, “Detox” for more than a decade, but it has yet to be released.

Dr. Dre hasn’t yet released a single from this rumored new album, or even the album’s title. 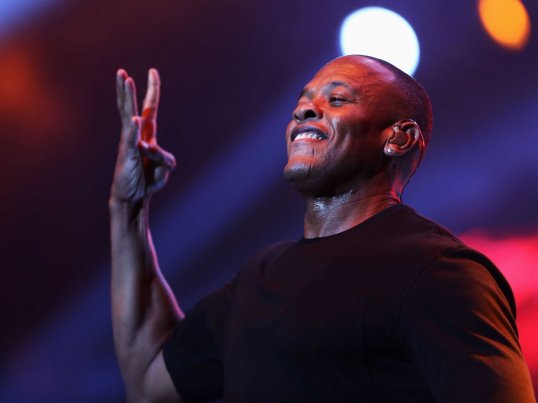