Aside having one of the biggest record labels in Africa, Don Jazzy can also be said to be one of the most active celebrities on social media.

The label boss, who is known for his humility has been ranked as one with a heart of gold and has been rated the King of Nigerian social media.

In a recent interview with TechCabal, the mega superstar producers speaks on an array of things mostly talking about the influence of social media in his everyday life and the success of his brand.

Below are some excerpts from the interview;
Social media is obviously very important to you. To the point that you went as far as actually creating one — Mavin League, it was called. What made you become as interested in social media as you did?

Don Jazzy: Well, I think it was a way to let out so much appreciation bottled inside me. There was no other way for me to let my fans know how much I felt about their relentless support for me and my team. There was no other way because I am not a fantastic public speaker plus I have camera shyness. When I started using Twitter, I quickly realized the power of communicating directly with fans. Ever since then I have been finding creative ways to use social media to engage fans.

The world has gone digital and anybody or brand not on the train now has carried major last. LOL.
If today, you were a mad talented but unknown musician that is yet to “blow” — knowing all the things you know now, what would you do to get noticed?

I would find a way to stand out in social media as I showcase my talent.

FalzTheBahdGuy with his “Broda Taju” alter ego Instagram videos turned him into a sensation. More recently, a talented guitarist named Godwyn was posting some of his renditions on Instagram which I ended up discovering. Within 48 hrs, we had him at Mavin studio recording and releasing “Promise”.

He has gone on from there to get paid performances and continues to establish himself. Mavin artist Reekado Banks was discovered via Twitter. Linda Ikeji worked hard and smart and is the biggest online personality today. You don’t need a prophet to tell you that social media is the fastest place you can get noticed today.

Don’t be in a hurry to get a million fans in a day. As long as you are doing something right, your fan base will grow daily even if it’s 10 new people that you convert each day. Before you know it the right person will notice and the rest will be history. 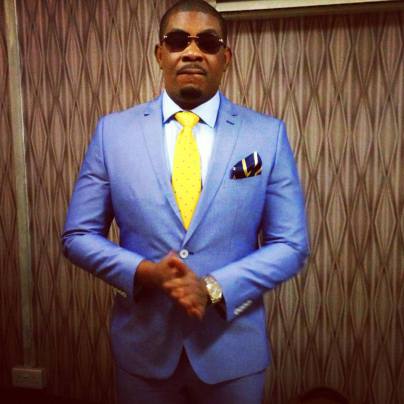