​Imo state is set to play host to league of stars in Africa as it hosts the 2016 edition of Africa Modeling Ambassadors’ Awards (AMA Awards) on December 2, 2016. 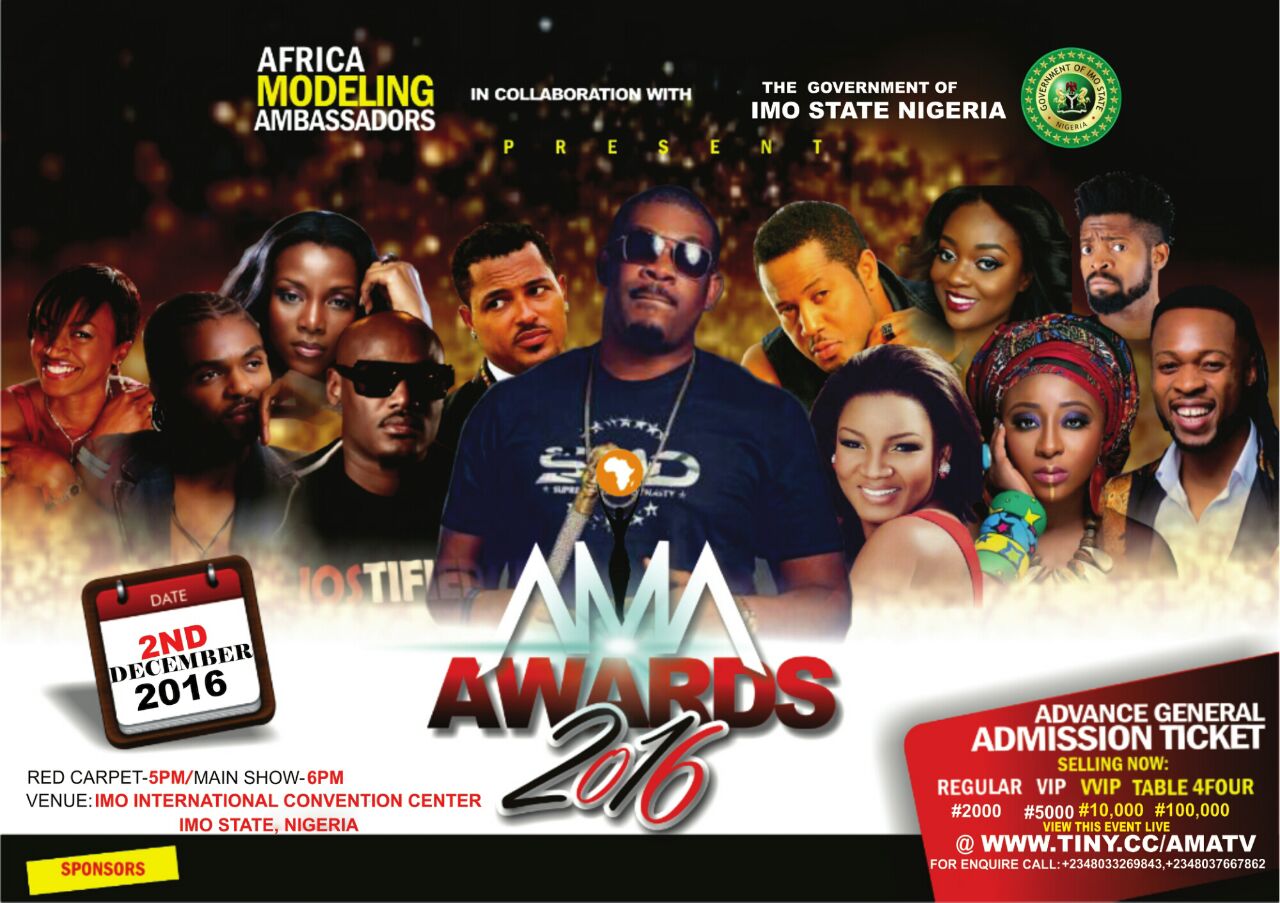 Addressing newsmen in Owerri, the Senior Special Assistant to the Governor on Entertainment and Public Affairs, Hon. Chukwunonye Iruno said hosting African Brand Ambassadors is like opening the door of Imo State to the entire Africa and also another way to showcase the tourist potentials of the state as well as the wonderful talents in it.

Hon. Iruno who also said that Imo State is hosting the event as part of the plans of the state governor Owelle Rochas Okorocha to grow entertainment in the state, added that it will not only entertain the state but will also grow the economy as those in hospitality and transportation business will be reaping immensely from it.

Meanwhile, in a release by Prince Chukwu Roland Ogbonnaya, the founder of Africa Modeling Ambassadors described the event as a unique platform that brings brand ambassadors from all over Africa together to appreciate and celebrate them. Ambassadors from the movie, music, sports, comedy and modelling sectors are among those expected to be honoured at the event.

Nomination has already kicked off on the eighteen categories which include:

Aside more than 100 multinational brand ambassadors who are expected at the event, there will also be conventional models from all over Africa vying for the top crowns in Miss AMA Awards 2016 Beauty Pageant, where the queen will become the official face of Africa Modeling Ambassadors (AMA) in addition to a cash prize of five thousand dollars (1Million Naira), a two weeks all-expense-paid trip to two African countries, where she will be involved in peace crusades and tours as well as a chance of getting an endorsement deal as a company’s brand ambassador. 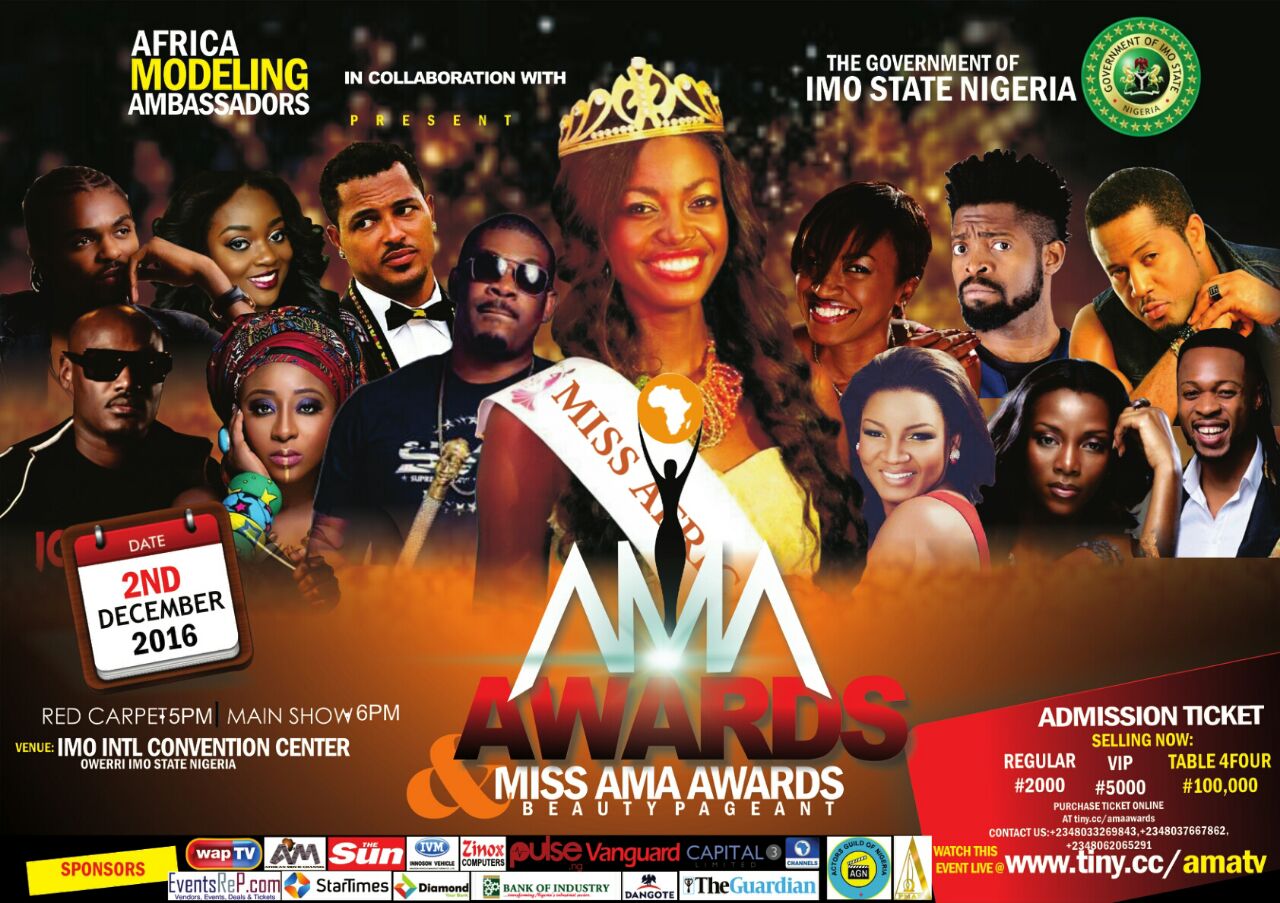