The journey has been long, bumpy and turbulent but worth it… This body of work is a living proof of the result from hard work, tenacity and focus.

My Story, by the unstoppable, undeniable, superstar and maestro DJ Spinall, is determined to leave you spell bound and party rocket this season and beyond.

The legendary 2Face calls this album “The fire”, Ice Prince calls it “The truth”, Wande Coal thinks it’s “the finest”, Mafikizolo says its “a breath of fresh air”, Olamide says “he’s proud to be associated with this”, Reminisce reckons it’s “the ace”, in Yemi Alade’s words “Spinall killed this”, Burna Boy feels it’s a “roof raiser”…

The official album release date is October 29th, 2015, while the album party comes up next month November 14th at an undisclosed venue, strictly by invitation and sponsored by Smirnoff.

The party just like the album, is meant to drive the point home… DJ Spinall just took over and the bar just got raised.

My Story… Your Entertainment 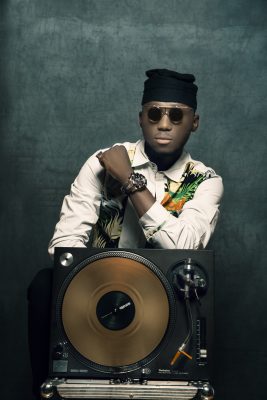