Davido Responds To Cynthia Morgan’s Diss About The Headies 2015 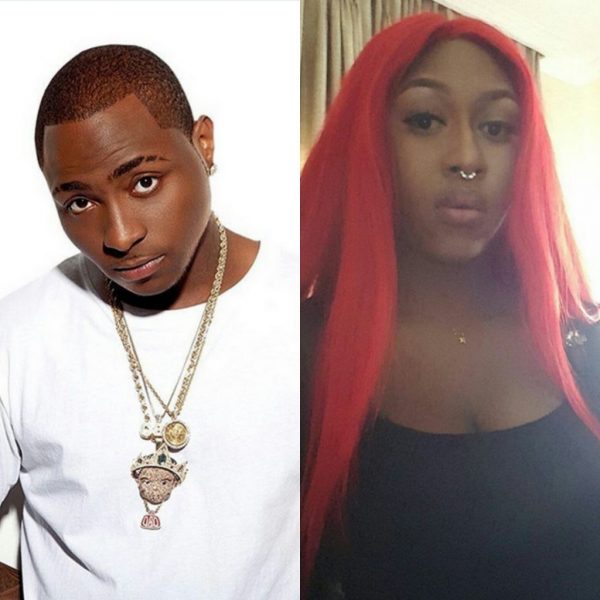 After winning best reggae/dancehall act at the just concluded Headies, Cynthia Morgan went on snapchat to curse at Davido all because he endoresed Lil Kesh as his favorite atiste on the same Next Rated category Cynthia Morgan was equally nominated for.

Davido is currently in Gambia, headlining the sold out ‘Bring On 2016’ concert at the Independence Stadium, Bakau and didn’t attend the awards which held on January 1st.

She posted a video, in which she mocked Davido, by mimicking the OBO star’s voice saying: “And the award for the best reggae/dancehall category is Cynthia Morgan.”

Davido has reacted to her Snapchat chat via his twitter page. The singer tweeted the below:

Cynthia Morgan God bless you! Your talented! I hope U reach were I have conquered and even surpass me!! Stay blessed

It should be recalled that few months ago, Cynthia Morgan admitted on having a crush on Davido; and would kick it with him if he made a move..

She also dissed him on Twitter months before the headies after Davido publicly showed support for Lil Kesh.. Unusually, Davido didn’t respond.

Is Cynthia Morgan pained about the fact that Davido isn’t reciprocating the love she has for him?? 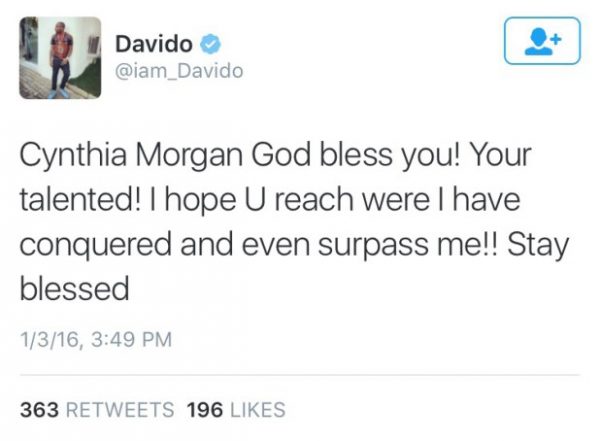