Best of the Best African Act 2017 makes its debut this December. The brainchild of music journalist, Verbal Vixen, ‘Best of the Best’ counts down the top African artists from over the last year. 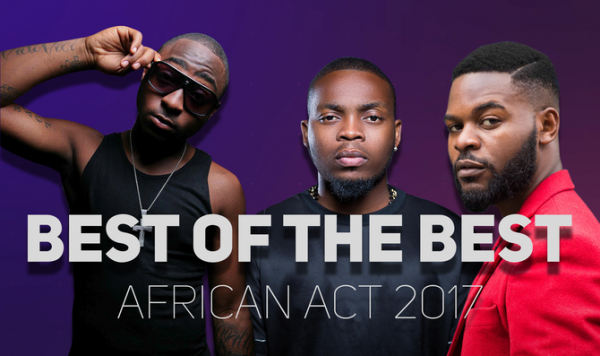 Joined by fellow UK industry insiders, DJ Neptizzle, host of the ‘Ultimate Afrobeats Show’ on Rinse FM (London), Funkz (DJ & Manager) and Danai Mavunga, PR & Manager for the likes of Dr Sid and Juls, watch as the crew debate which artists are really making waves outside of the continent.

Verbal Vixen is a seasoned industry insider who’s not short of an opinion or two. She is a freelance content strategist, music consultant and journalist. She has been writing about music since 2008, engaging an audience of urban music lovers across the globe with her honest, straight-to-the-point style. Between 2011-14, she launched and wrote MTV UK’s first Afrobeats column.

Today, Verbal Vixen contributes to various publications including Clash, Complex UK and has also written for MTV Iggy and OK! Nigeria. She was the former editor of GRM Daily and also spent time as a producer and co-host on the JamJam Afrobeats Show alongside the legendary DJ JamJam. To date, she has worked with everyone from Kendrick Lamar, Wretch 32 and Ed Sheeran to Wizkid, D’Banj, Iyanya, Davido and more. https://twitter.com/verbalvixen

DJ Neptizzle has been the mastermind behind the Ultimate Afrobeats Show since 2011. Known for his musical prowess and infamous mix CD series, Neptizzle is one of the premiere tastemakers for African music in the UK. His radio show airs every Sunday on the prestigious Rinse FM and is the place to get on for any African artist worth their salt. To date, he’s interviewed the likes of Davido, Sarkodie, Tiwa Savage, AKA, M.anifest, Burna Boy, Wande Coal and more. https://twitter.com/djneptizzle

Danai Mavunga is the founder of LIT Management and is a PR and brand consultant. She has worked to open doors and push her clients to new uncharted territories. Her roster includes Nigerian hitmaker Dr. Sid, super producer Juls as well as DJ Neptizzle and fitness maven, Just Geen. She is also co-founder of Soobax, an online guide to cultural events in London. https://twitter.com/lovemavunga

Funkz is a respected international DJ often playing around the globe. Part of the RahBoyMusic, he also manages a host of talent including P Montana and Mista Silva. https://twitter.com/bigfunkz