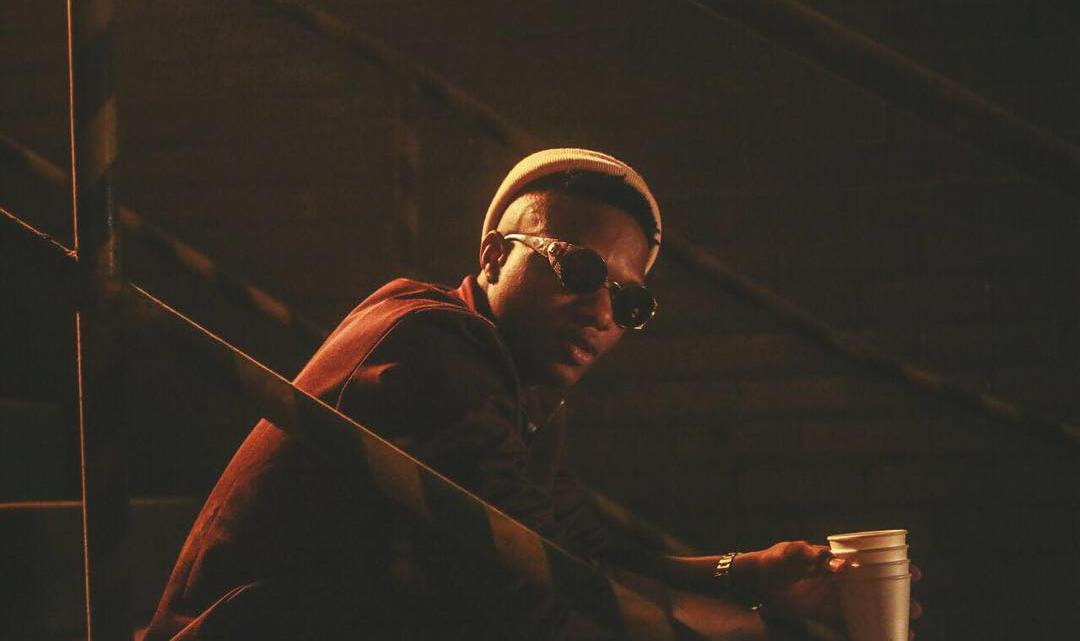 Following his most recent twitter post,  it seems Wizzy’s pro[posed HOME COMING concert with all regular ticket, scheduled for December 2016 wouldn’t take place anymore.
According to the post, it seems Starboy wizzy stressed out over traveling and performing in almost every major concerts abroad. In the meantime we won’t be seeing the star boy in any event this December till January.
This comes in as a result of his doctors advice for him to try get some rest which surprisingly he is adhering to . For those close to star boy they would tell you it’s a strong decision to cut down all concerts in a time like this when he should be bagging millions of Naira . We can’t say which health issues he has currently but from the post we can say all is not well at the moment . But the good news is that we would be getting some good music from wizkid before the year runs out. 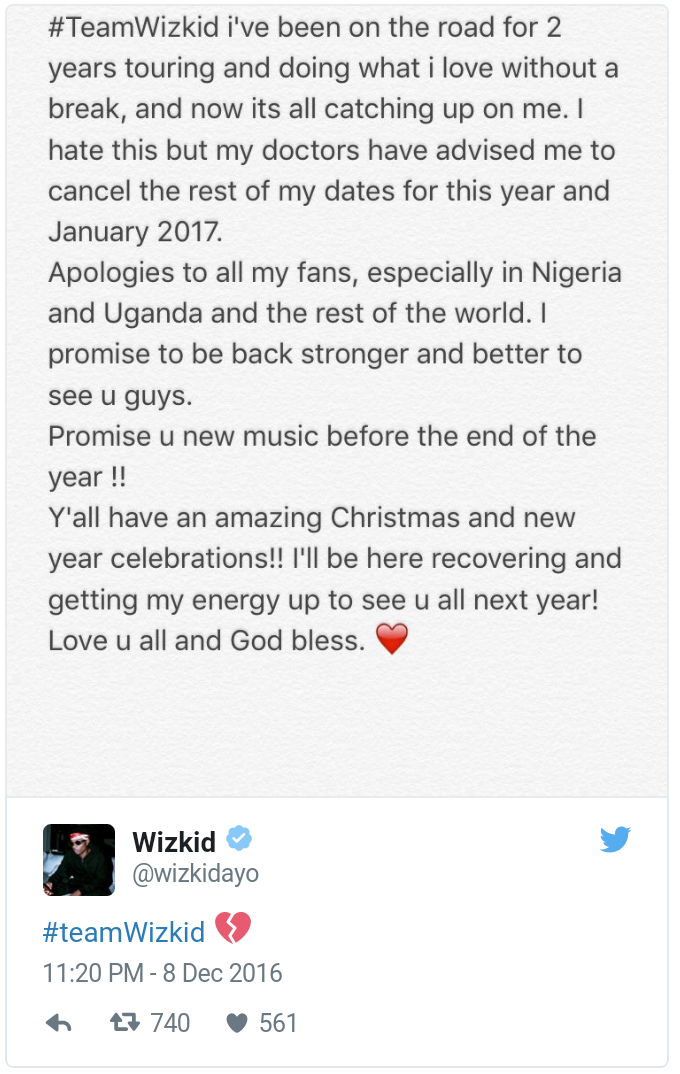