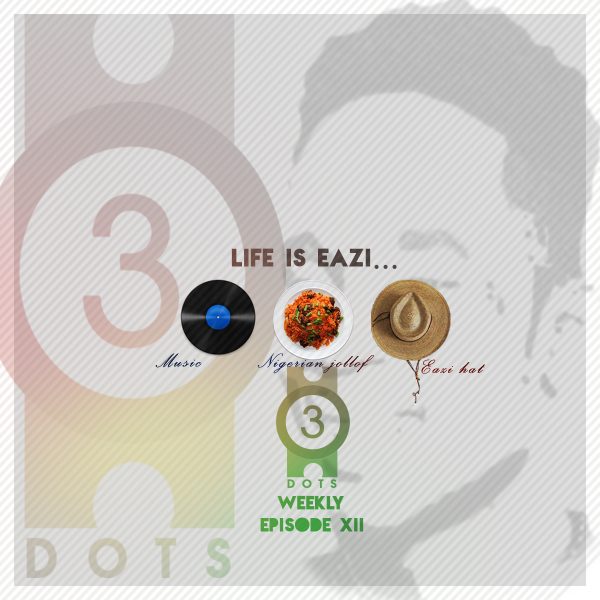 ?: Guy! Either this song was written for wizkid and turned down or you are trying to sound like him… Either ways, it’s not working. This is many steps back from what we know…

?: Rotate sketch is a ‘chill’ jam with that Mr eazi effect but it’s too ordinary… I’m not wowed by the song. Wizkid should probably have been on it because he’s got this touch whenever he decides to have sense…

⚪: Mr eazy… well I am a little disappointed with the track. Personally, I was hoping for more from the dude, most of the lines sounded like something he picked from random tracks but at least he maintained his style of music which is his major selling point…

All Work And No Play by Dremo

⚪: Dremo. …firstly it’s nice hearing sounds from josh beats, the jam is generally nice, but I have a little problem with the fact that Dremo sounds too much like olamide or was olamide featured on the track??

?: Dremo… This is not such a bad performance… It’s actually quite a decent jam, but I think dremo is trying hard to fit in and not stand out… With this, he won’t make his mark… 2 minutes after the jam and I can’t remember what it sounds like anymore

?: Ok…. First off…. I find that “all work no play” by dremo to be like he’s trying to be too many things at once. Mixing the style of every yoruba artist he can lay his photocopier on.

The song is too busy… And yet there is nothing that says “dremo” on the track.

?: Now this is what you call a remix! Asin, the song was actually “re-mixed”. Both Mr Eazi and Terry G worked on the song to remake it. The song has very identifiable differences from the original song.

?: I think it’s very nice to be hearing terry g sing once again… I’ve missed the guy with all the free madness he has to share, I don’t care what anybody has to say, the guy is a very good musician and producer in my opinion.

⚪: This is a good choice of feature by Mr Eazi, I didn’t see this coming. Terry G just makes the song sound a bit more Nigerian.

All The Loving by

⚪: Ok! General pype…. Well I feel this song is quite empty sort of….the beat itself is distracting burna boy didn’t even help the track sounding like he had too much to drink …lol… Phyno rhymes though as on point as expected

?: wow! Slow down goldie, I like the song! I think all the artists did quite well on it, not like I’m ever putting it on repeat though… I think the song caught you in a bad mood but well, what good is music if it can’t fix a bad mood, so I’m kinda compelled to see your point.

?: General pype, burna and phyno is an assembly of brilliance and talent….. General pype did not make the song his, but this may also be an advantage as he allowed the other guys to go ham. Beautiful delivery especially from phyno…

⚪: So Illbliss did this to remind us he’s still one of the baddest MC’s we’ve got. His flow on this suspect beat was some impressive luxury rap, spilling some gasoline for eazi and Reekado to set this jam on fire!

?:  I doubt anyone would have pulled off a better hook mehn, its credits to Reekado for that one. And Eazi, well he showed he can keep up with the best and the baddest. Lovely verse from him.

?: Well when oga boss does good stuff you can’t be surprised, good music is all you expect from MC’s like Illbliss… Can’t wait to listen to the album.

?: This is actually a good song… Nice melody too…. It’s just that this song would have made sooooo much sense if she has won our hearts first. She still needs that record that would cut across all demography, and I think she can…..

⚪: Dija… after her short break I think she did this just to remind us that ‘am still around and I still got it… Great production from Don jazzy, but I think just like RED said, she still needs to win our hearts.

?: What are these guys talking about? Di’ja has my heart forever…