This time last year a mixtape called “Price City’ was dropped by a then young MC who was unknown and had no idea he would be dropping a mixtape that would earn him hip hop status and appreciation in SA Hip Hop in late 2015. Moreover this young MC would have no idea that he would be loved by SA Hip Hop x go on to feature on some career defining records & holding his own with the continents best.

Nasty C is that artist and his trajectory in SA Hip Hop is something to marvel at. You see Price City is not just a tape it’s the story of a young MC who waited his turn and he is benefiting from the waiting. The crazy part is that he is 18 years old x produces, writes, creates his own music. And they say the age of the bedroom MC is no longer huh?
Price City Deluxe has a new tone x new meaning to it now. Nasty C is returning to the one project that he made when no one knew him x nobody would give a 17 year old kid in Durban a shot.

Fast forward to 2016 Nasty C has re-released Price City but for more personal reasons. The tape will officially drop today on the birthday of his late mother and this is who he dedicates his tape to. The tape has four new tracks that have been added. These tracks are Friend Zone x Bam Bam x Cool N!ggas x My Hommies. 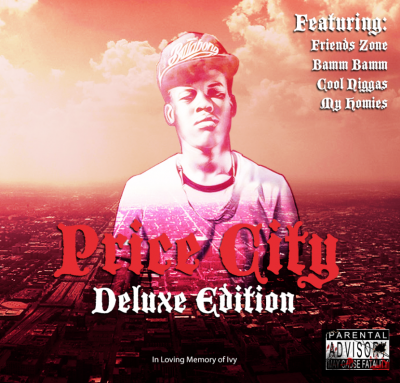